Grilled Coconut Shrimp With Thai Chili is a recipe based on the typical Thai street food.  We live in Houston, Texas and the shrimp here from the Gulf of Mexico is legendary.  You can combine a few substitutions to make the Thai ingredients more healthy and gulf shrimp and have something that feels super luxurious in minutes.   So, last weekend we went surf fishing off the coast.  I bought gulf shrimp as bait and then got hungry for shrimp lol.  I can see why it's a good bait, friggin' delicious little buggers. 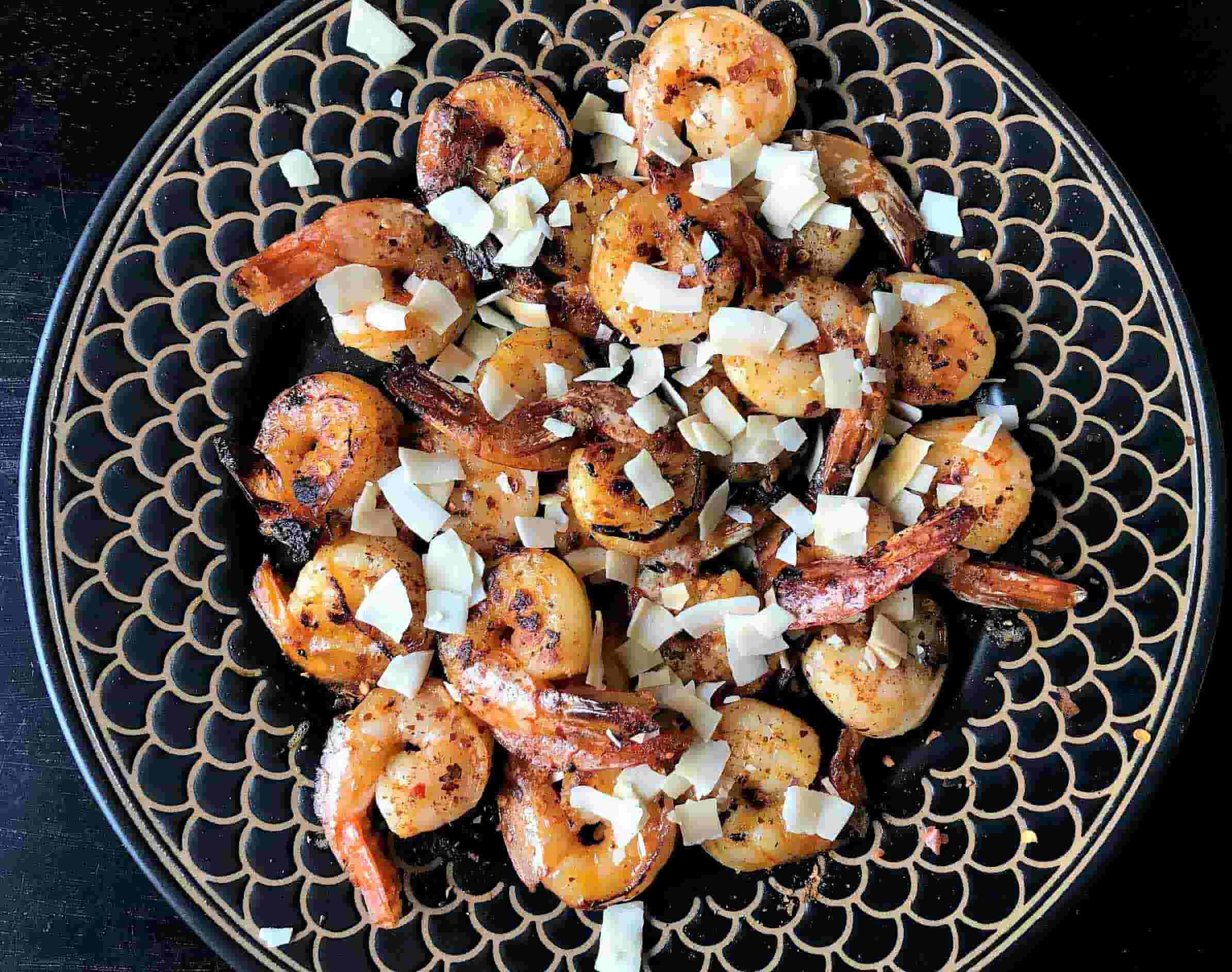 Different Grilling Styles You Can Choose From

To make this recipe I loosely followed a recipe from the food network for grilled Thai shrimp.  As usual, we substituted a few things adding some coconut and Thai spices we like.  I grilled my shrimp, first on a George Foreman grill with a banana leaf under the shrimp and then redid the whole recipe using a skillet instead.  If you use a flame grill, it will be a much faster process, 3 minutes grilling rather than 15-20 minutes depending.  Using a banana leaf to enhance the appearance and follow Thai tradition more closely slows the process down.  I think the look you achieve is pretty attractive though. 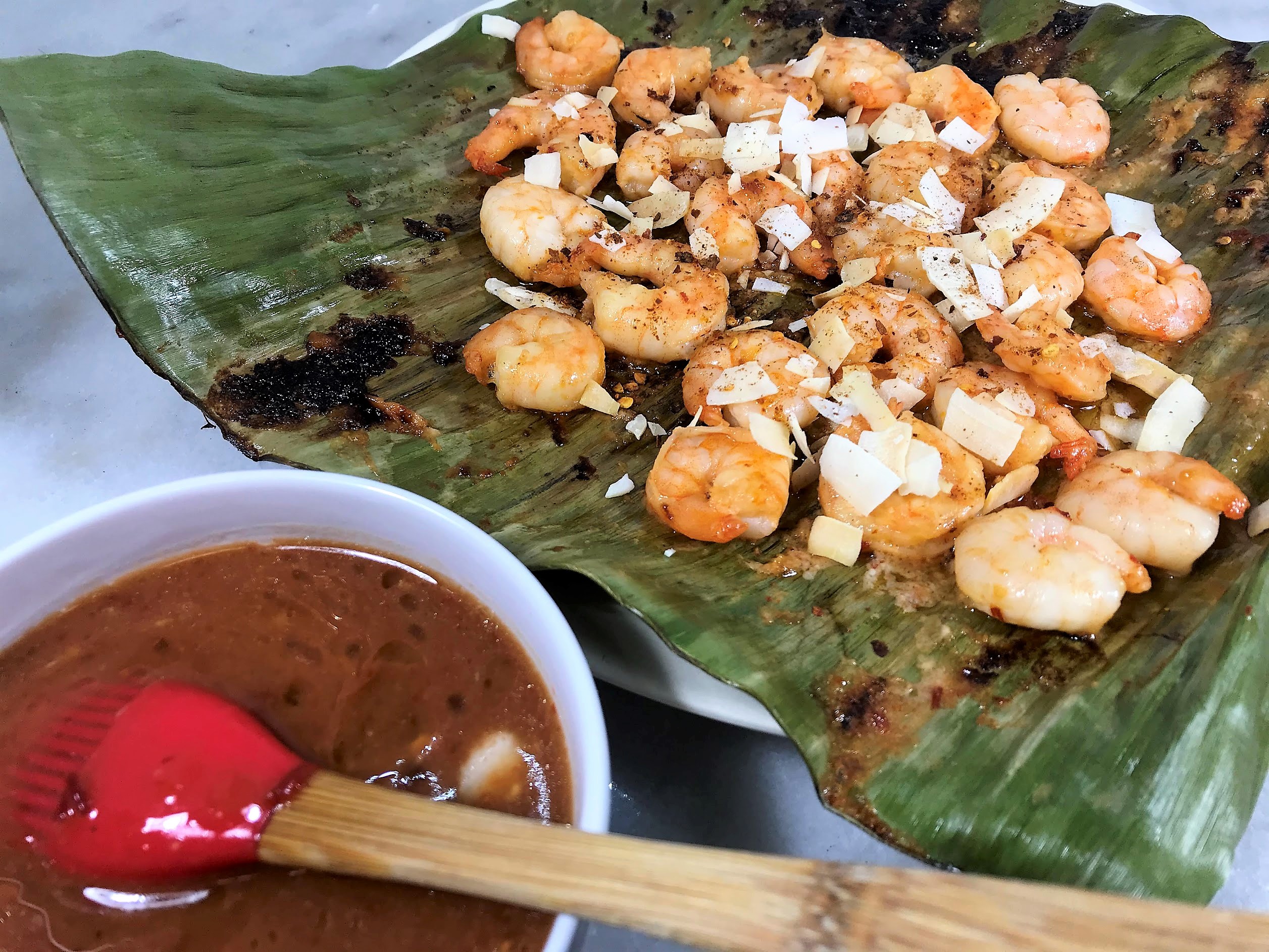 The marinade was good enough that when my wife, Mod, got home from work, she zoomed into the kitchen and put her finger in it to sample it and said, WoW!  I used some intuition on my substitutions so I wasn't so sure how it was going to play out.  It passed the Thai wife test though.  l was also able to have more leftover a the end than I thought and it left these succulent drippings on the banana leaf which were heavenly. 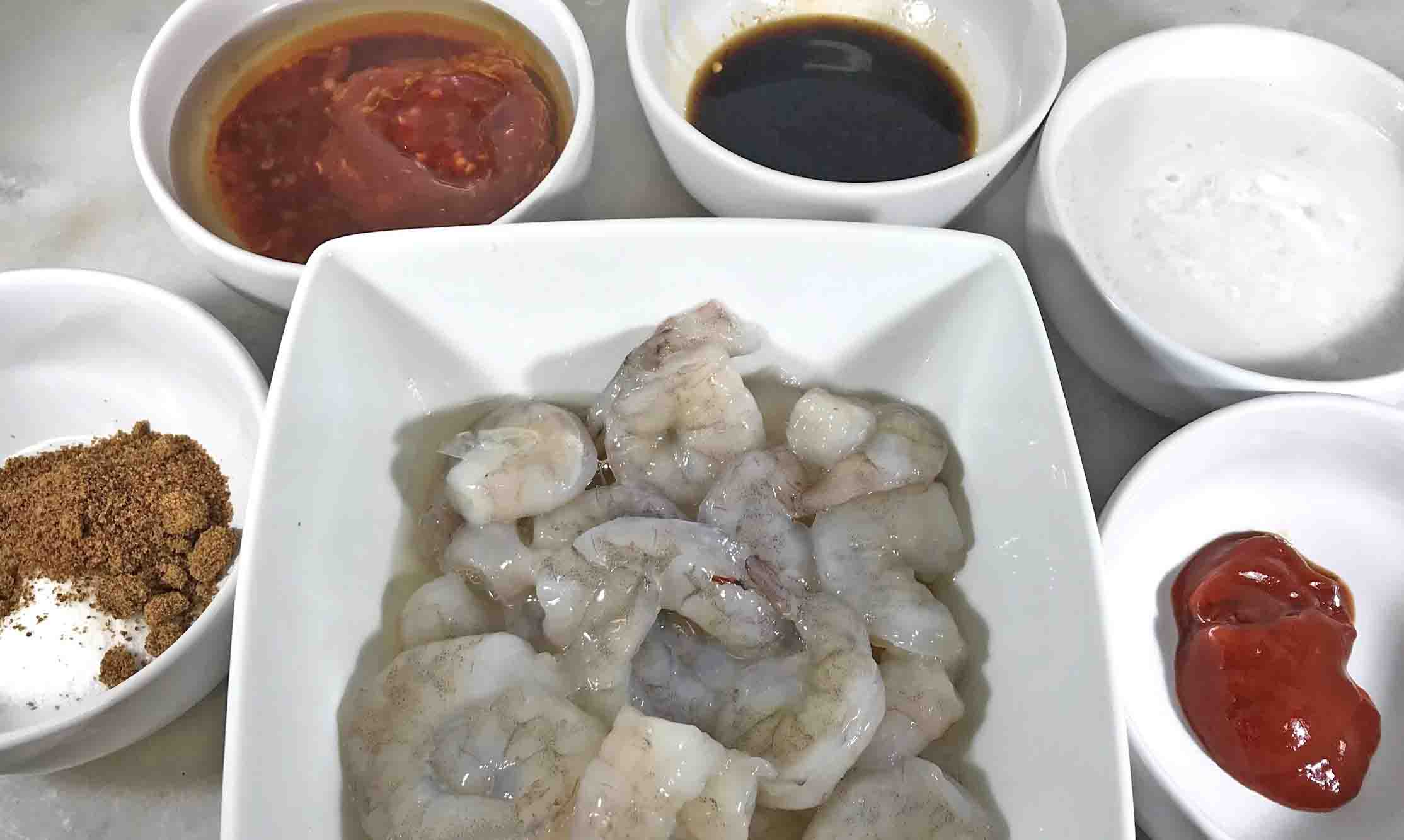 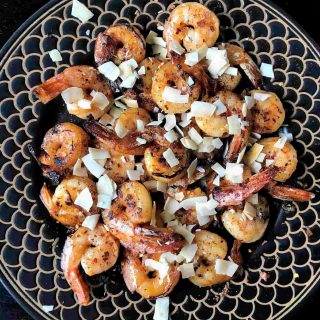 As always, nutrition is one of the most manipulated and bastardized sciences in existence for people out to make a quick buck.
Our mission at healthythairecipes.com was born from my trying to rehab my wife's native Thai recipes to be as healthy as possible for both of us.  We like the whole foods, avoid processed ingredients approach.  What is healthy for us may not be healthy for you though as your situation is fact dependent.  I like to say, when in doubt, check it out with a doctor or dietitian, if you have concerns.  When it comes to food safety when in doubt, throw it out, if you think an ingredient is questionable.
Let us know how we can make our healthy Thai recipes healthier in the comments section below. Nutrition calculations are an estimate.

If you like Shrimp, here are a few of my favorite shrimp recipes