Loquat fried rice is a dish you can make if you live where loquats live.  We live in Houston and it was the first place I ever saw them.  I had no idea what they are and thought of cumquats which are more of a citrus food.  They are often used as an evergreen ornamental plant so are often a free ingredient, depending on where you live. 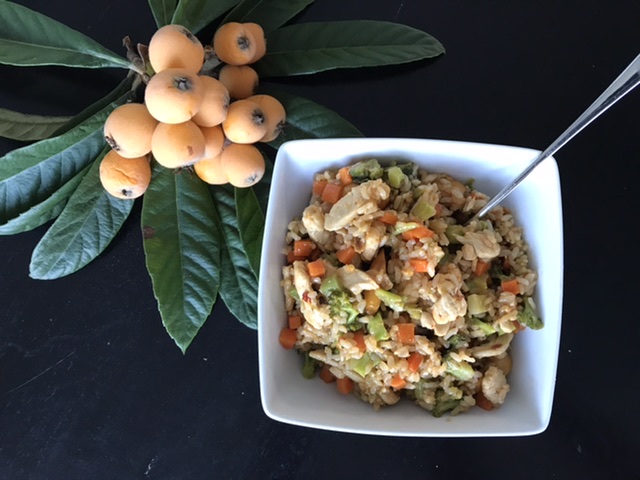 Loquats have fleshy meat that reminds me of apricot in color and texture.  They have a more mild flavor and don’t stand out as much as mango or pineapple but are used in fried rice in Thailand as a readily available fruit.

It’s super easy, the hardest part is cutting the loquats and seeding them.    We just went out in our yard and picked a bowl of them and used a paring knife to cut them into pieces and pop the seeds out like pimples.  It’s kind of fun when you think of it that way and you only need a cup of two of seeded loquat.  Just wash them first, especially if you get them from your yard. 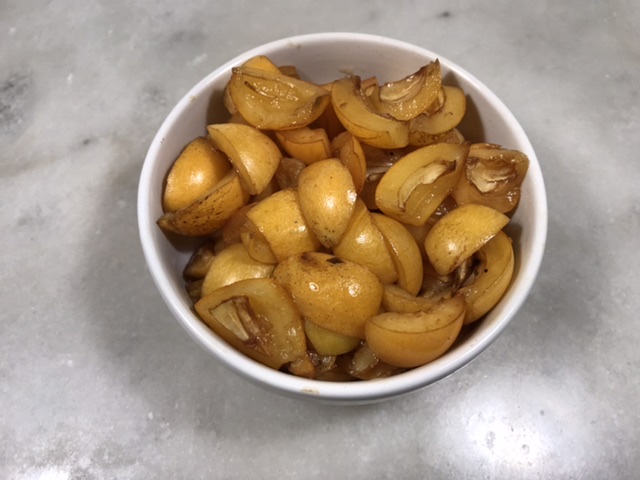 What you will need

So, as usual, you will need something to fry the rice in and of course prepared rice.   Mod, my wife, the love of my life, actually made this recipe so she also chose the following ingredients which are typical ingredients for fried rice in Thailand.  She chooses healthier ingredients though for all our recipes.

As usual, what is healthy for one person is not healthy for everyone.  Your situation is fact dependent, when in doubt, check it out with your doctor.  Healthy Thai Recipes here are as healthy as we can make them.  We love ideas to improve them in the comments section.

If you like this recipe you should try one of these.

Or just choose fried rice from the categories drop down menu.