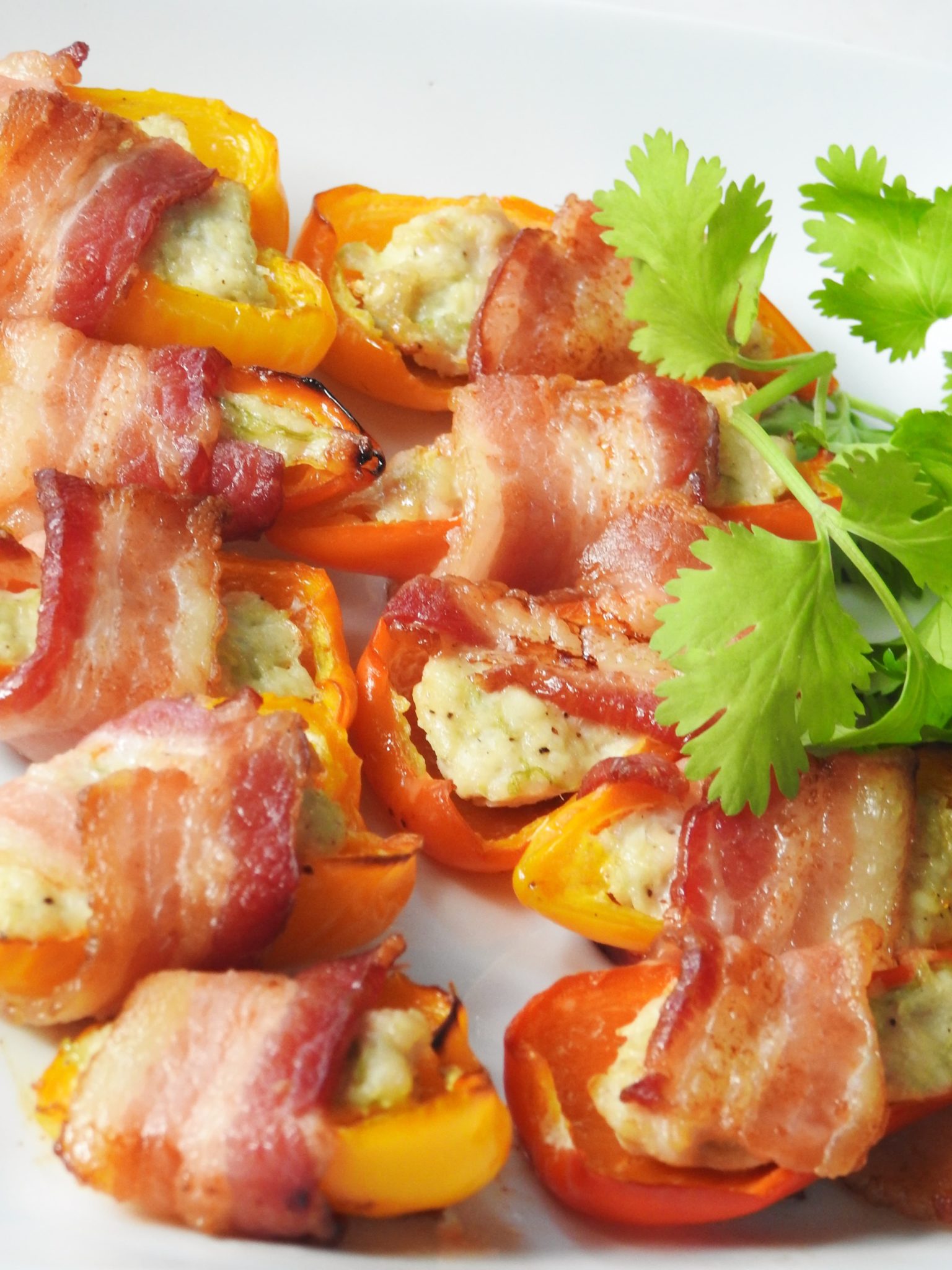 I wish I would wake up and have bacon for my breakfast every morning.  I usually choose turkey bacon for my food.  Once in a while, I would allow myself to enjoy the crispy and saltiness real bacon.  I know that bacon is the least healthy food on earth.  It has high cholesterol,  an excessive amount of fat, and a tremendous of sodium.  But today is an exceptional day because today is the International Bacon Day!!  It is a day to get together and celebrate bacon!! 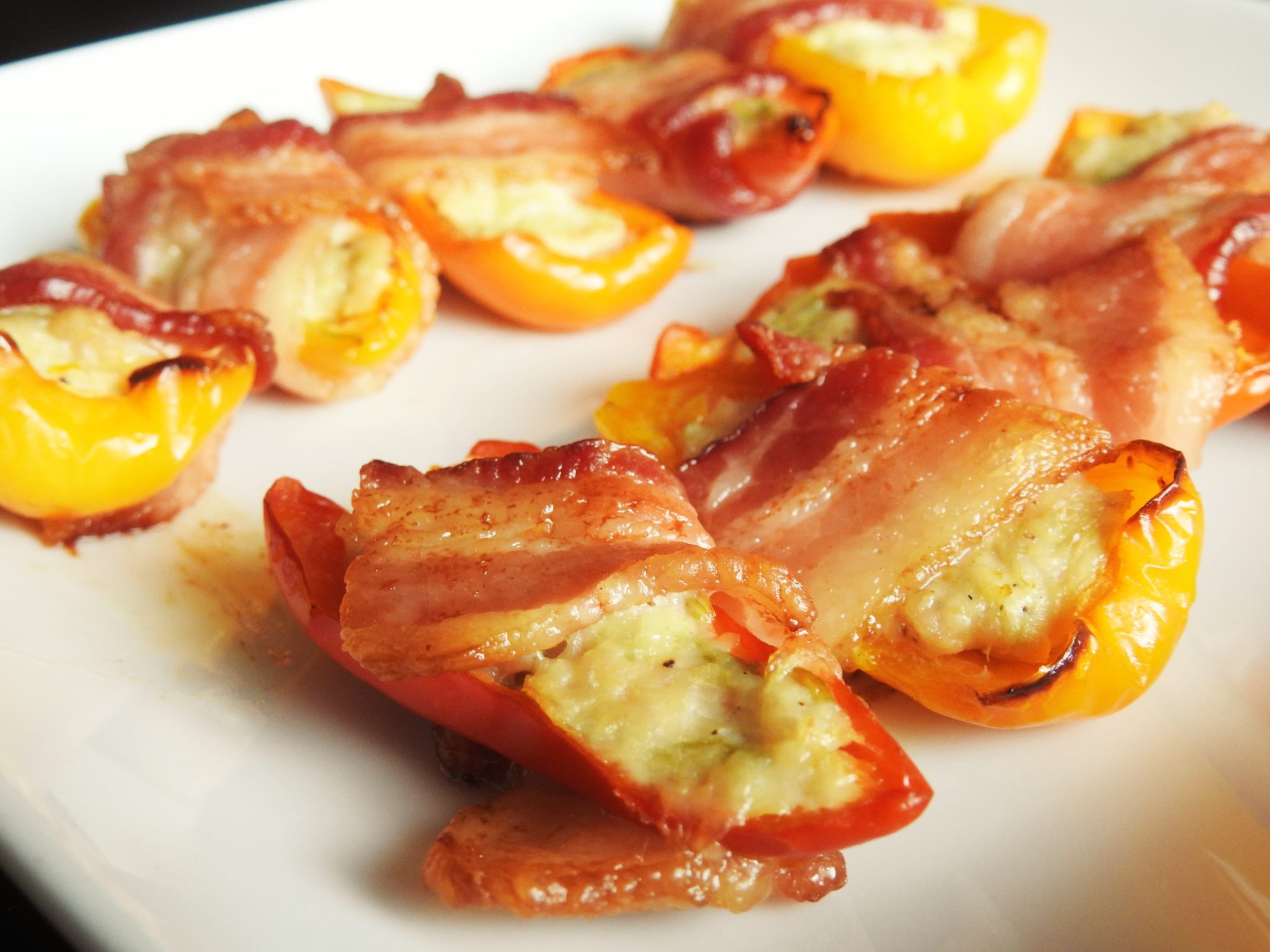 First I thought I would do stuff jalapeno wrap with bacon, but I have realized that lately, I was cooking so many spicy dishes.  Then came my second choice which was mini bell peppers.  I have seen them so many time, but I had no clue what I wanted to do with them.  They have such a vibrant colors and come in a bite size.  I never cooked or had mini bell peppers before, and it would be the first time I would experience them. 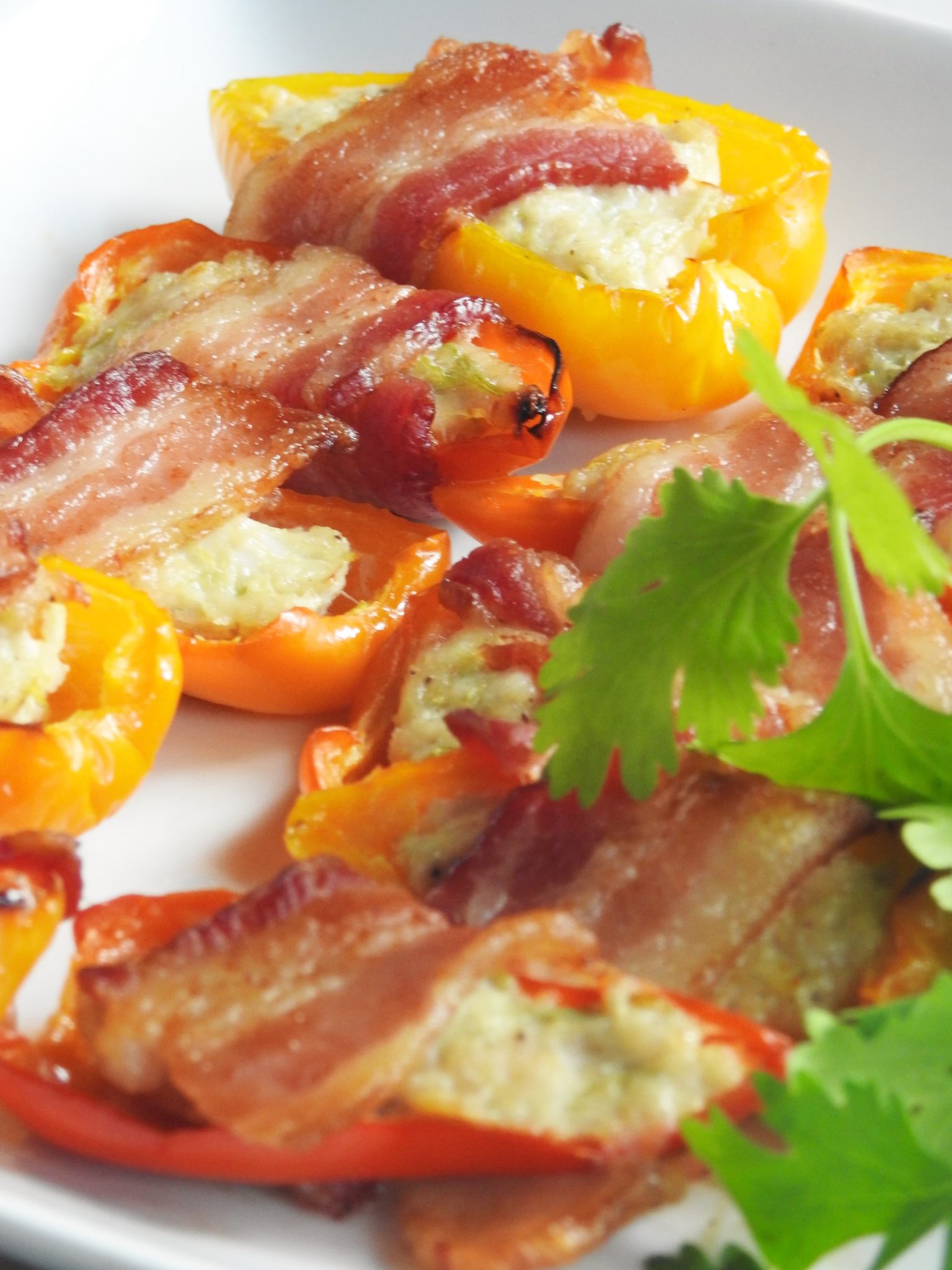 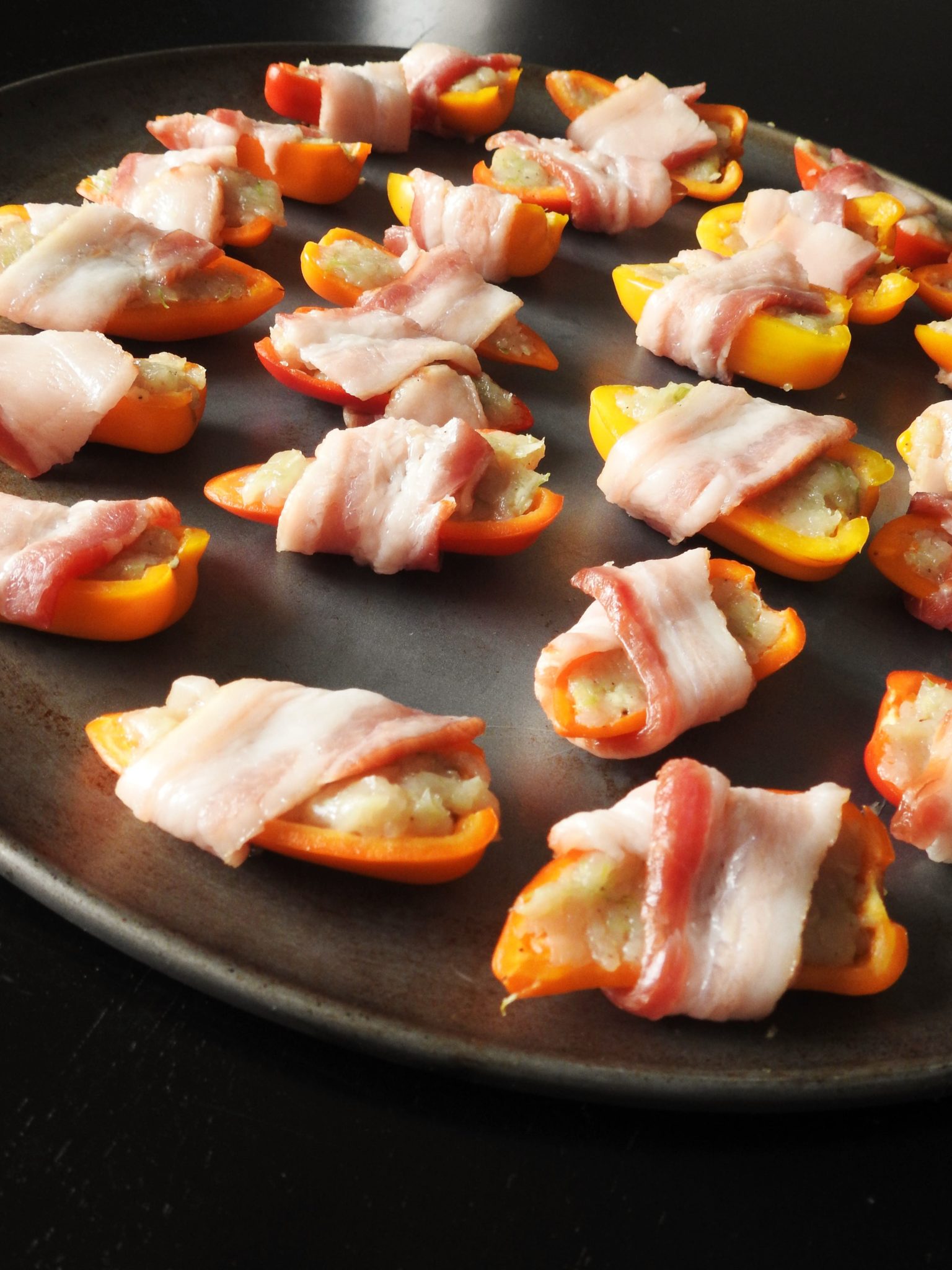 The mini peppers have several colors, and it is good for us. Each color in fruits and vegetables has a different mix of phytochemicals- antioxidant compounds found in plants that benefit our health in variety ways. The mini peppers are an excellent source of vitamin C and a source of folate, potassium, vitamin K, niacin, thiamin, and manganese. Mini peppers are a fantastic choice to add to your food if you want to lose or control your weight. They are low in calories and less fat and contain capsaicin even though they are not spicy like Bird's eye chili and cayenne. 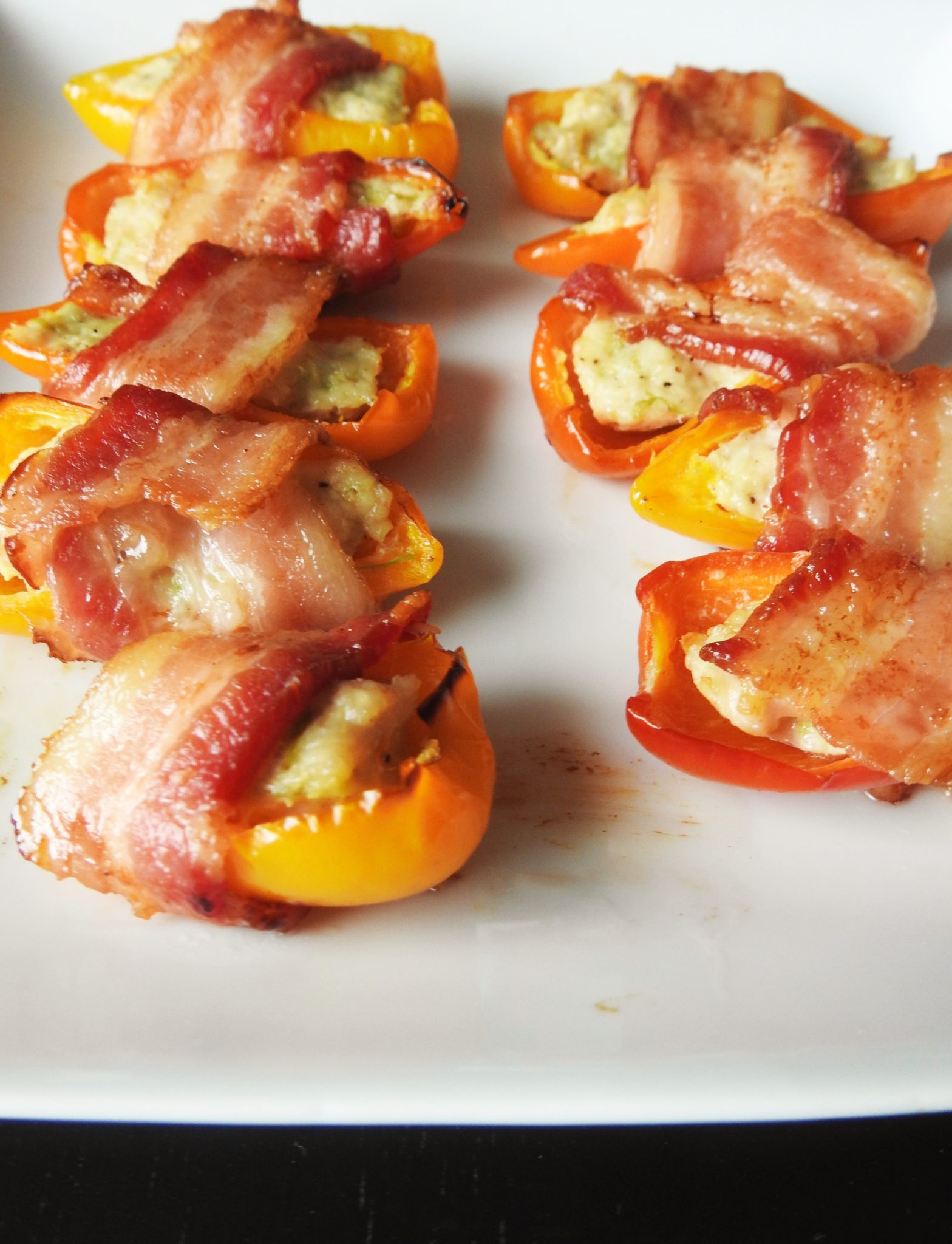 Stuffs in The Stuffed

Although it was my cheat day, I tried not to add too much of fat and calories in my food as possible.  Thus,  I stuffed the mini peppers with grounded chicken breast.  I did not want to over season the chicken stuffed because the bacon already had lots of salt in it.  I flavored it with fresh garlic, cilantro stalks, black pepper, and a tiny bit of salt.  Garlic and cilantro are very common to use to marinade all kind of meats in Thai kitchen because they provide a great fragrance and spice at the same time 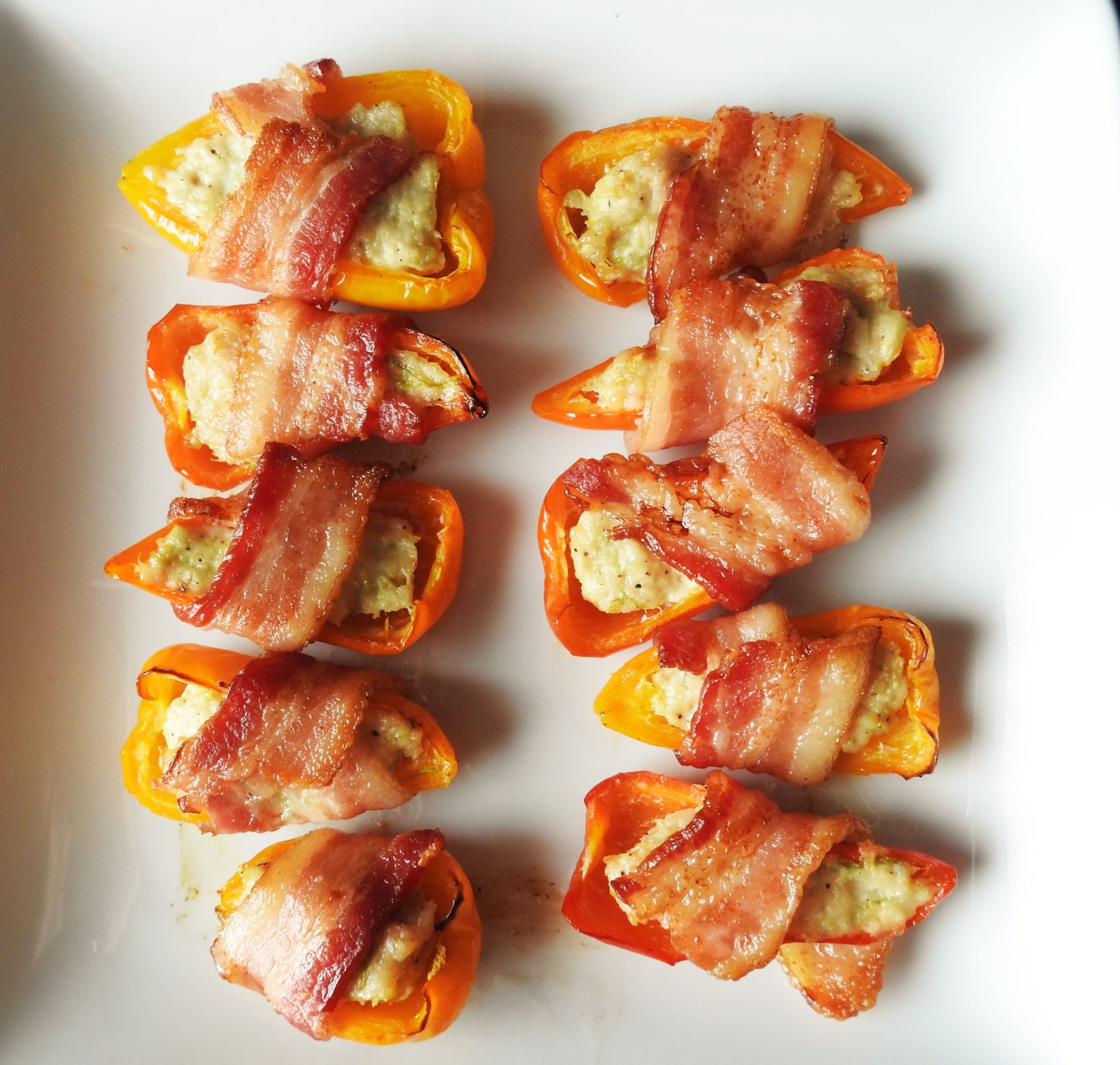