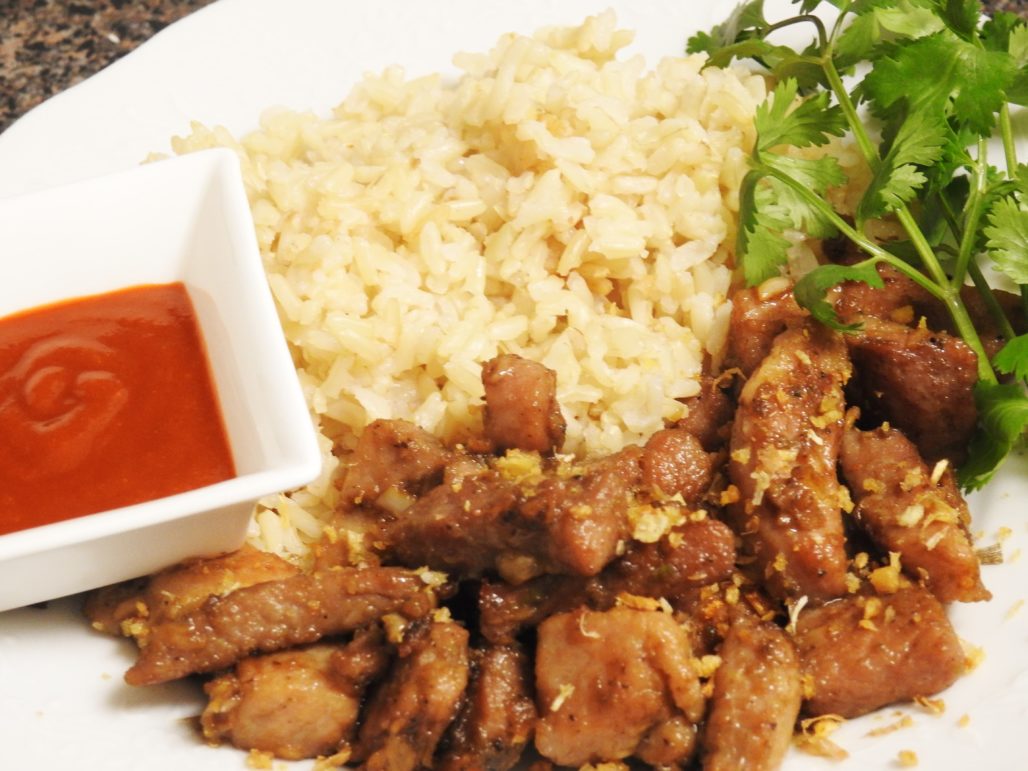 Thai pepper garlic pork is a very common food in Thailand, especially in the cook to order restaurants.  It is one of the Thai dishes that kids and adults love.  You can cook the Thai pepper garlic recipe with any meat, but the popular ones are pork, chicken, beef, squid, shrimp.

You may see this dish in many of Thai restaurants in the U.S.  If you see the Thai pepper garlic on the menu, believe me, that restaurant is probably owned by Thai people.  If you don't see it on the menu, just ask the server if they can likely make it.  If they say "yes" that means the kitchen is operated by a Thai chef.  It is one of the more genuine Thai dishes in a world of increasingly suspicious recipes made by foreigners. 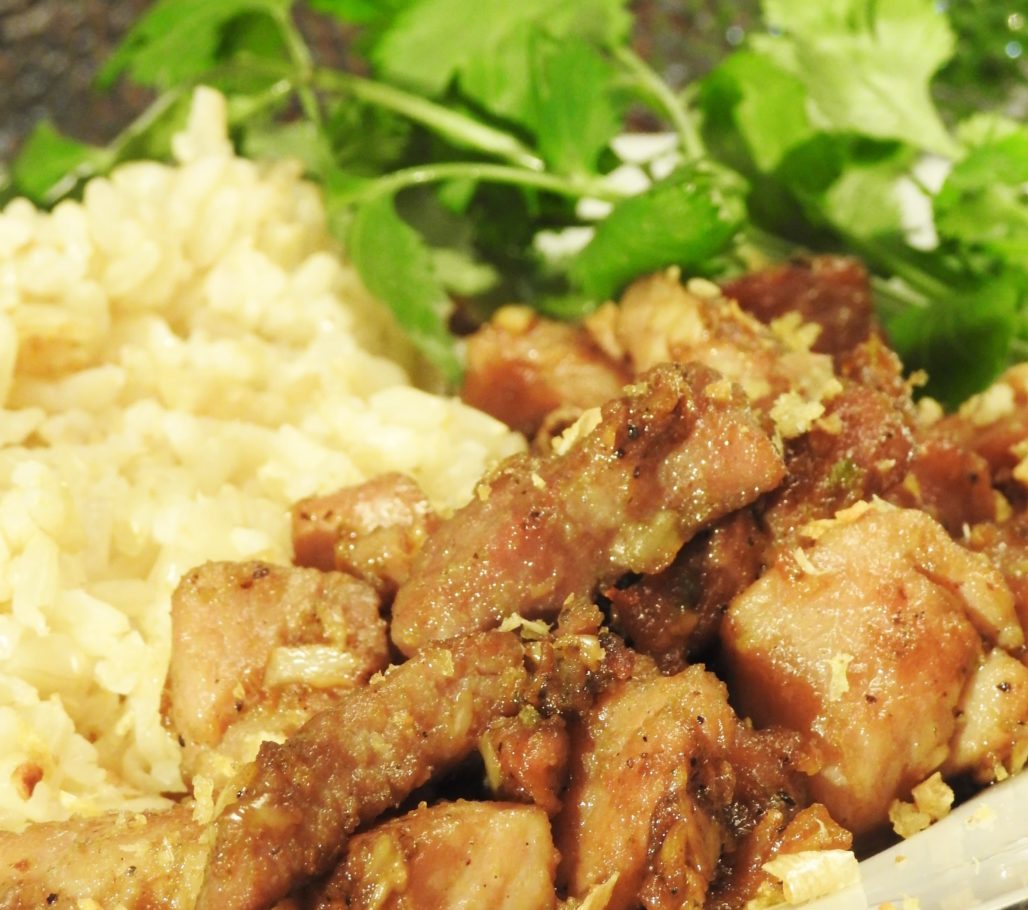 To modify the recipe

The recipe is so simple and easy.  The ingredients in the recipe are common ingredients in Thai kitchens. There are two ways to cook the Thai pepper garlic which are stir fry and fry.  For my version, I chose to do the stir fry because it requires less oil than the fried version.  The Thai pepper garlic is sweet and slightly salty.  In the original recipe, they would use a palm sugar, but I used Truvia instead to reduce the number of calories. 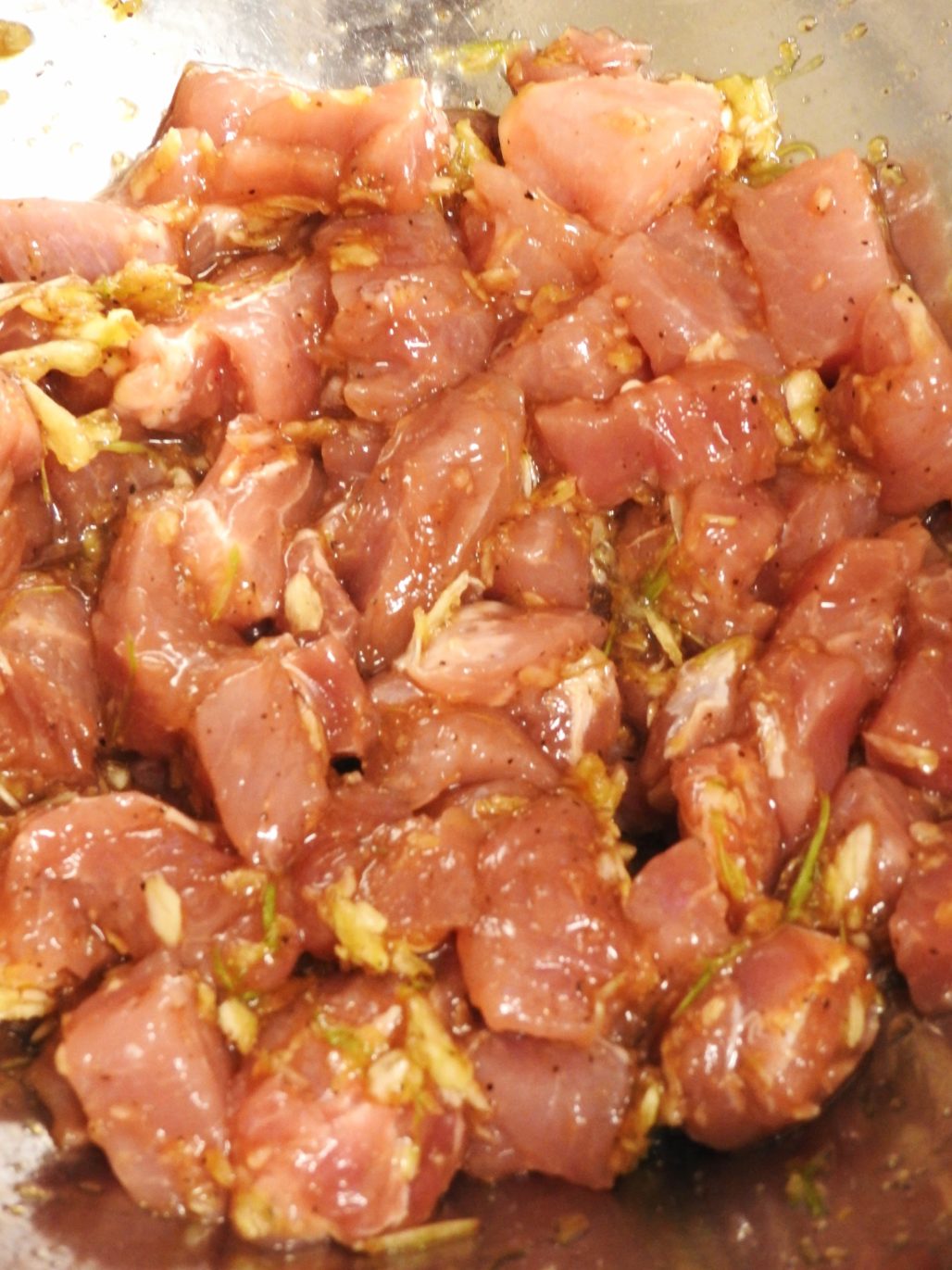 Thai pepper garlic usually has thin soy sauce as one of the ingredients.  I have had a problem with using too much of this kind of the soy sauce because it has very high amount of sodium.  Instead, I used tamari low sodium soy sauce instead.  The taste is a little bit different from the original version.  It's less salty than the original which was fine for my husband and I.  He actually loves it this way and steals mine when I make it.

I always choose the leanest meat I can find.  I had loin pork chop frozen so I decided to make this recipe with pork and to make sure that my meat was lean; I cut some fat out before I cooked. 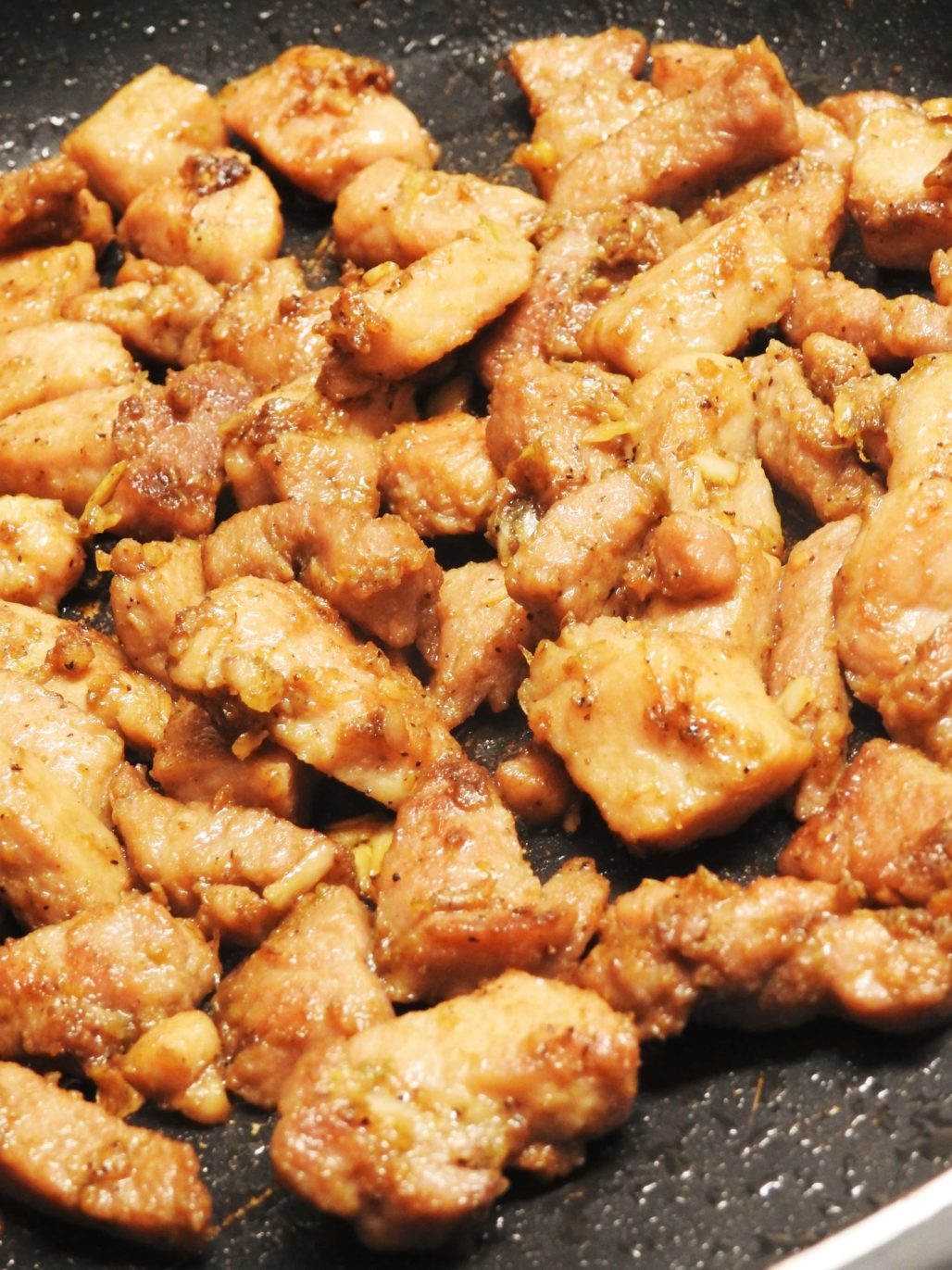 We typically serve the Thai pepper garlic with rice and cucumber slice, but unfortunately, I couldn't find any cucumber at the moment.  I served my Thai pepper garlic pork with a healthier choice of carbohydrate which is brown rice and cilantro.  I also put some Sriracha sauce in a small bowl along with the food to make it more flavorful.  Sriracha is just an option for the recipe; If you don't like spicy food, then you can skip it. 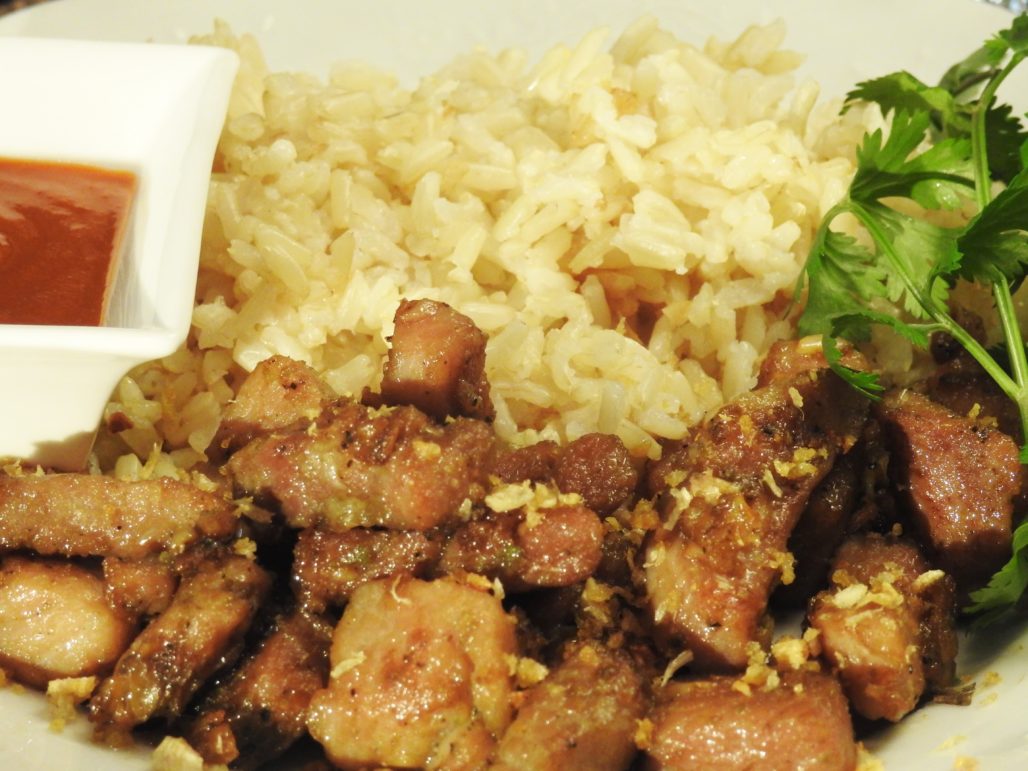 P.S. you may notice that the pork on my recipe looks different from the others.  The meat in most of the Thai pepper garlic pork is pretty much like the thin slice, but mine is more like the chunk.  Don't worry about the size of the meat. You can cut the meat the way you like.  All you need to do is adjust the cooking time.  Different sized meat requires different cooking times.