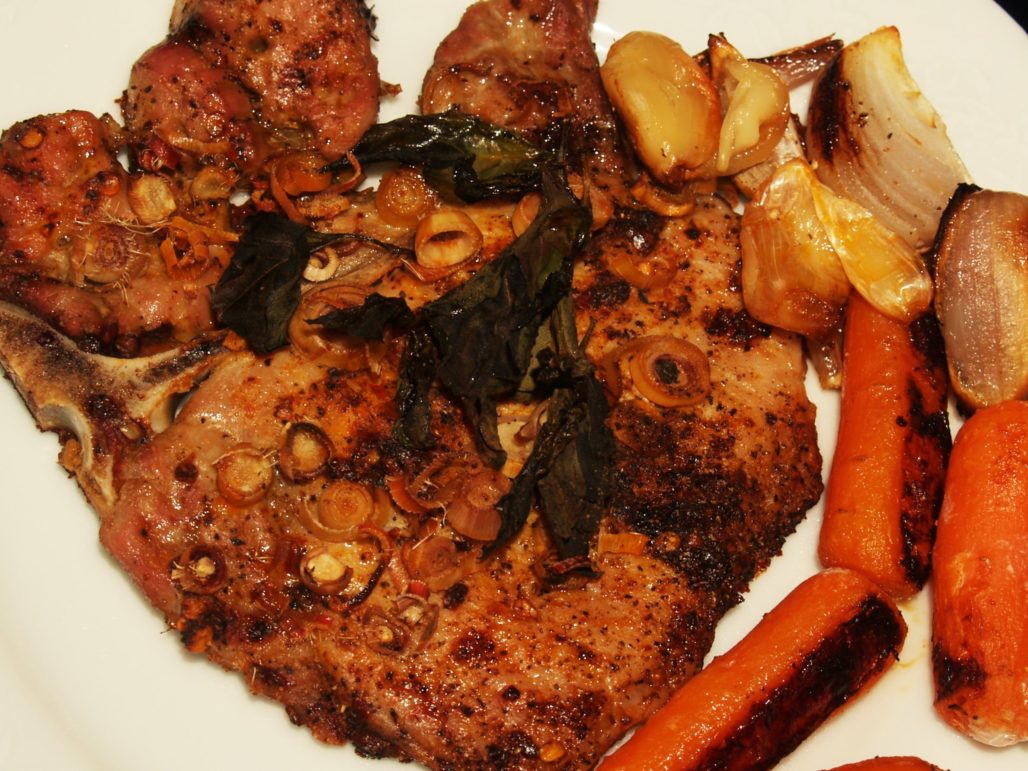 My wife Mod has told me many times that growing up pork chops were a daily staple.  They might eat them at any time in the day, breakfast lunch or dinner.  I think it's interesting how in close proximity one nation will consider pork okay and another not.  Next door, India will not harm a cow and in the north eating any animal is not okay.  Generally though, once you get to the orient pork is a huge part of daily life.

I came to the Asian persuasion in 2003 when I was looking for a date on match.com.  A Taiwanese girl asked me out and I never had a particular affinity towards Asian culture but had a surprisingly good time with her.   It was like Bill Clinton said of meeting Hillary that it would be a point of no return.  Unlike him I did not think it with this date.  I really thought most oriental people looked at whites like me indifferently and I would never have a connection with people from this culture. 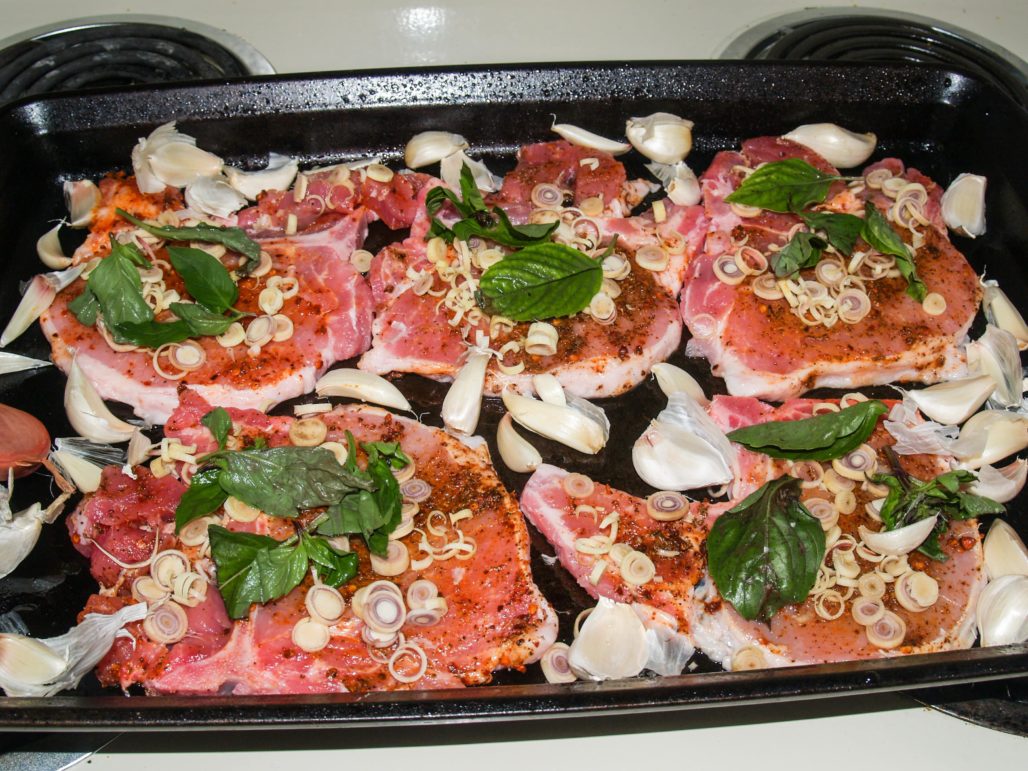 The Taiwanese girl I dated, came from a family in the pork business.  She introduced me to to all the untold wonderful culinary adventures that I had yet to discover.  I had no idea how much I didn't know.  This is why after dating her for 2 years and missing what I experienced afterwards I felt like Bill Clinton did when I met Mod.  I had that feeling when I went to meet her that this was a point at which I would have such profound feelings there would be no returning and it has again proven surprising the grip it has had. 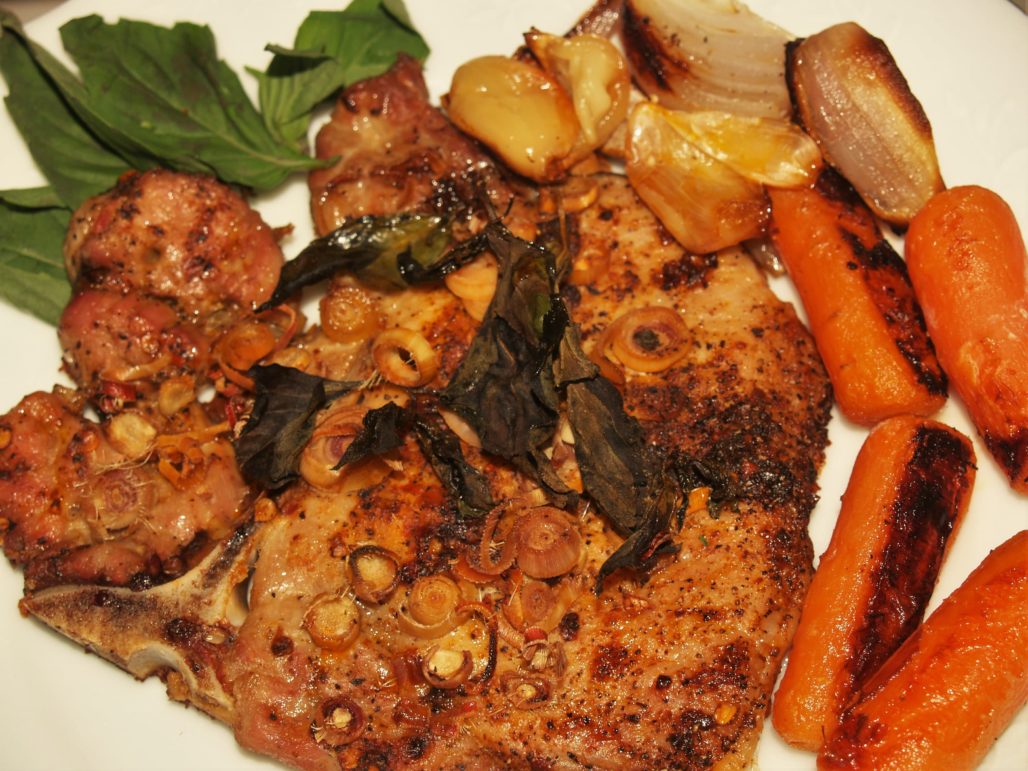 I have done pork chops with Thai flavors before and because it is one of the healthier, white meats you will probably see it on our blog in many manifestations.

Is Pork Really The Other White Meat

When I first heard the branding campaign for pork calling it the other white meat I thought it was BS.  I did a bit of research on the subject and it looks like you actually can count on a lean cut of meat if you pick the right cuts.  Pork chops and tenderloin are typically a bit better.  It is always a good idea to cut away any grizzle.  You can often compensate by adding a low sodium broth or sauce for the taste.

According to the website for the Pork, The Other White Meat campaign studies in 2006 showed that it is significantly lower in fat than they were 15 years ago.  It seems like the reason they can say something different is because things are different now.

"A study released in 2006 by the United States Department of Agriculture (USDA) states that six common cuts of fresh pork are leaner today than they were 15 years ago — on average about 16 percent lower in total fat and 27 percent lower in saturated fat. In addition, pork tenderloin is now as lean as skinless chicken breast. The study found a 3-ounce serving of pork tenderloin contains only 2.98 grams of fat, whereas a 3-ounce serving of skinless chicken breast contains 3.03 grams of fat."  Source:  Porkbeinspired.com

Enjoy and let me know what you come up with in the comments section.  Thanks for reading and please sign up subscribe to receive updates.