Is Red Bull, Possibly The Most Popular Thai Recipe Ever, Really So Bad For You? 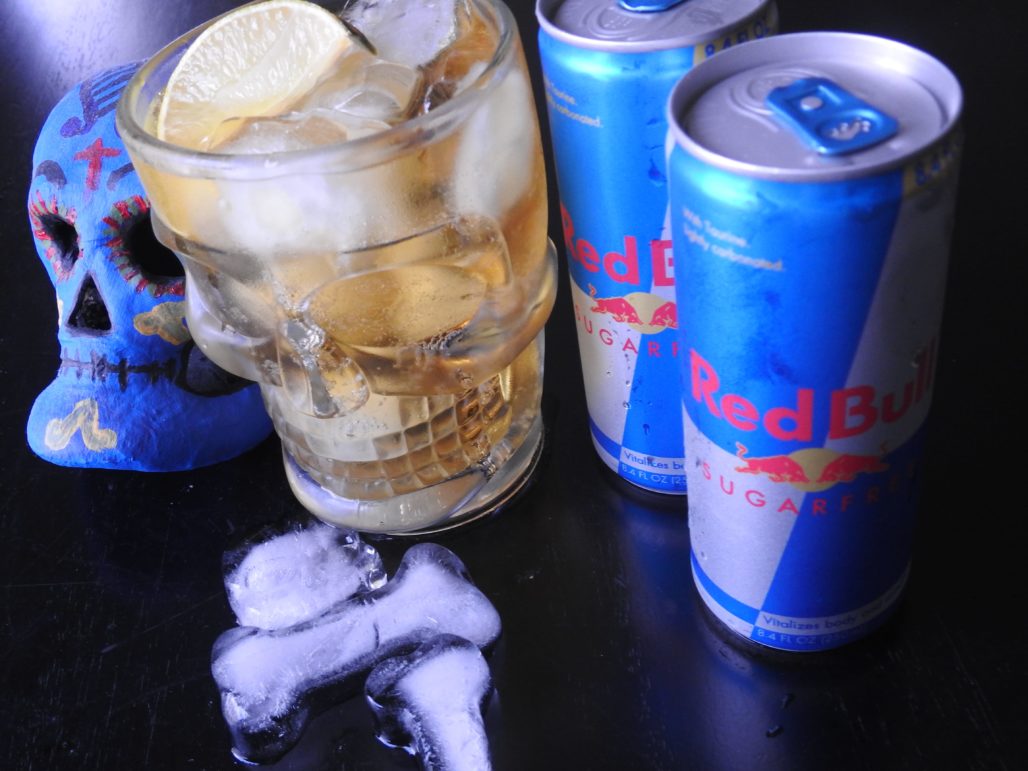 Is Red Bull Bad For You

Red Bull is originally a product of Thailand but what it looked like and still looks like there is different that what we have in the United States.  When it was first crafted it was called Krating Daeng.  You can read the history of it here.  In Thailand you buy it in a bottle that looks more similar to an old fashioned glass medicine bottle.  It doesn't have the same crisp carbonated feeling that we have in our version and it tasted more syrupy to me.  Here is what it looks like and where you can see what it looks like and order if you want to try it.

The Research and Evidence For and Against Drinking Red Bull

Just do a Google search of the key words, Red Bull, Bad for you, and or Negative Health Effects.  You will find a plethera of evidence.  Whenever I tell people that I drink Red Bull a common knee-jerk response is, "you know that stuff is horrible for you."   Are these people just grand standing?  Can something that makes you so much more productive really be so horrible for you?  After all, if you are productive you're surely making more progress to a happier healthier life right?

The Evidence For Red Bull as a Productivity Aide

1. Caffeine:   Caffeine is probably what most people associate with Red Bull as the worst element.  People typically think that Red Bull must have unhealthy levels of the substance which does have negative effects at high levels.  In actuality, a typical sized Red bull has less caffeine than a typical, medium sized Starbucks coffee.  It is about 80 mg of caffeine.  A typical cup of coffee usually has about 100 mg and Starbucks coffee often has way more than that.  Others say that 80 mg is above the amount in the average cup of coffee.  It's food for thought either way.

Cerebral blood flow is actually decreased and short term memory may not work as well but our response time to stimulous and the force we are able to exert with our musculoskeletal system in enhanced.  The central nervous system is stimulated, alertness is increased and often a person's mood is also lifted.  Caffeine is even thought to help reduce the risk of Alzheimer's disease and Parkinson's disease.  There are many more benefits which you can read at caffeineinformer.com.

2. Vitamins and Minerals:  A cool thing about American Red Bull is that it has niacin, vitamin B 6 and and B 12 in significant levels.  These are known to help metabolism of various key nutrients including amino acids.  You can actually feel a niacin flush occur when you take in adiquate levels of niacin.  Niacin actually helps lower cholesterol and triglycerides in the blood.  In combination with the other ingredients it is not as well known what the effects are and that is where I am still wary.

3.  Light Crisp Cooling Effect of Cold Liquids:   All of us have a sort of governer mechanism in our body that shuts us down when we overheat.  As we get older the temperature at which our body forces to slow down has been shown to go down as well.  Due to this it becomes more and more important that we are aware of our body tempature and adapting by drinking cool fluids so we can get an adequate amount of exercise.

Water and gatorade have been shown to be the best at replacing our fluids without creating gastric dumping like some other energy drinks which have too many simpe carbohydrates per unit of water.  Sugar Free Red Bull revolutionized the way these are delivered with their appealing thin aluminum can which takes up little vertical shelf space.  As a wantraprenuer trying to make a difference in the world; I love to see game changers like this as everyone jumps on the bandwagon making light crisp drinks in thin cold cans.  I love the design.

My wife and I love the sugar free ones for how much more we get done when nothing else sounds good and we might not otherwise be able to force cold fluids down our gullet.   After all, nothing is worse for you than doing nothing as I stated before for the nay sayers.  If it means I can pay the bills or not pay the bills I'm sorry but i'm going to do the most effective thing because it is really unhealthy to not get the basics done.

The Evidence Against Drinking Red Bull

1. Hardening and Narrowing of the Arteries:  Unfortunately for my wife and I it is looking like the sugar free Red Bull that we are so fond of actually does make the blood vessels stickier to cholesterol.  This is bad because you are born with this piping that is clear and clean but over time it narrows and hardens as cholesterol sticks to the sides of the vessels.  The Niacin had a very small effect in helping stop this but a recent Harvard study shows that the net effect is that it does cause cholesterol to stick in our vessels more.

2.  Negligable Effects of Taurine:  Taurine is a sulfer-containing amino acid that is important in the metabolism of fats.  You can see how this looks good when you look up the ingredient and think about how it would work with glycogen sparing caffeine causing an increase in the utilization of fat for energy and sparing muscle glycogen.  You might think that this would significantly increase the fat burnt in a workout.

3.  Caffeine Tolerance:  We have known for a long time that caffeine is a drug and like any drug you never feel as good from it as the first time you try it.   It also creates roller coaster effect wherein the user has sugar highs and then lows and also withdrawals if you allow yourself to drink it regularly as we do.  This is hard on the liver and heart as they have to deal with the metabolism of the drug.

4.  Sugar:  This is not as much problem for us as far as we know we have as we always go for the sugar free, zero calorie options.   Sugar is hard on your pancreas and can cause type II diabetes.  As mentioned in the paragraph before.  It is however possible for some people to respond to diet, calorie free drinks with a insulin response which still lowers the level of blood sugar resulting in increased cravings and calorie intake.

5.  Energy Drinks Combined with Alcohol:   It should be noted that while drinking an energy drink with alcohol can seem like a great idea it can be very dangerous.  The Danger is that you are awake and somewhat alert and don't realize how impared you are from the alcohol leading to dangerous choices and overconfidence.

Several years ago.  It was around 2012, I was driving to the Native American Hospital in Oklahoma.  I occasionally go to get a few things checked over the weekend.  It saves a bit of money and I go to the area to see my dad anyway.  I was really pushing myself to get a lot done and bought a Red Bull to help me focus and stay energized. When I checked my blood pressure it was sky high.   I have continued the addiction since then and it has remained super high if I don't take a blood pressure pill first. 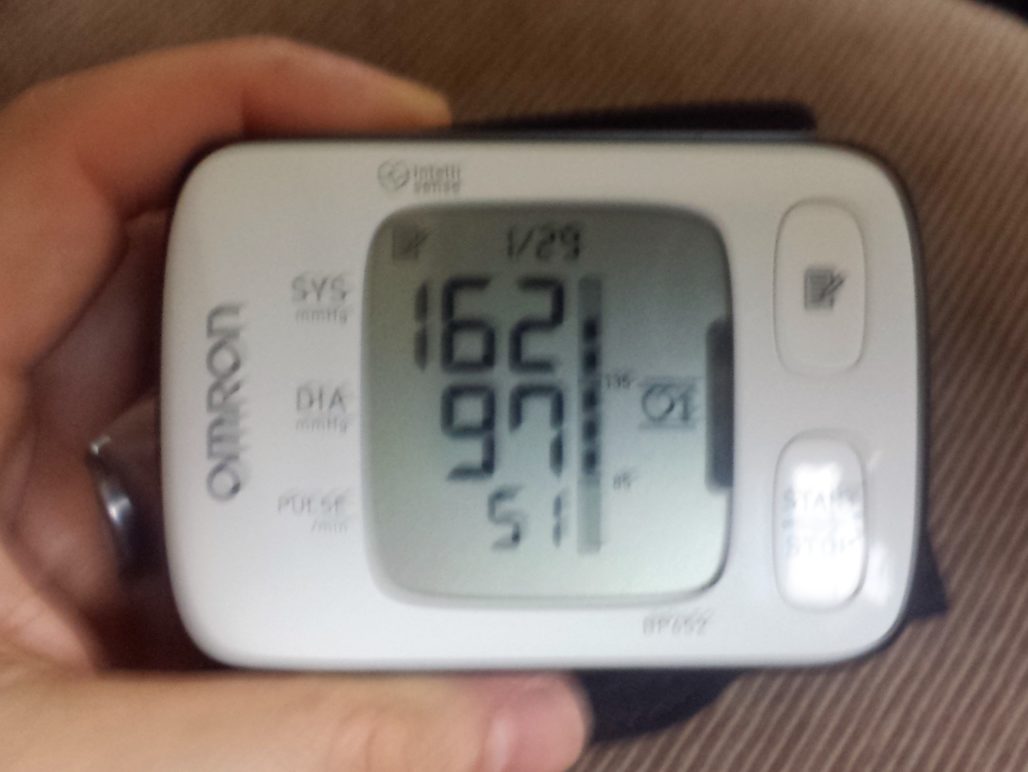 There are a number of reasons my blood pressure could be high and I am not by any means saying for sure it is the Red Bull.  I will say that on weekend days when I am not pushing myself to accomplish more and just relax at home my BP has not been that high.  It is just as high if I just drink coffee and you can't rule out the fact that on days I resort to Red Bull I tend to be under the most pressure as well.

The bottom number, 97 in my case is the pressure at rest when the blood is not being pushed  through the vessel.  If it is still high common knowledge is that what is making the pressure high is hardening and narrowing of the arteries.   this is pretty much permanent without surgery.  I have lived a relatively healthy lifestyle other than my caffeine addiction.  My doctor even noticed how I always have a caffeinated beverage and said there is a balance issue going on here.

As with all things, I think control and moderation are the keys.  If I could perform having never tried a Red Bull I think I'd rather not tempt fate and just never try it. That said, I have had some wonderful experiences where I did feel sort of like the stuff gave me wings.  We have even had a subscription to Amazon Prime for the stuff for the past year.  They deliver it straight to our door every month so we don't have to tote it home and we usually make it almost the whole month if not the whole month on just 24 cans between my wife and I which I think is about the most I would ever want to consume.

I am however extremely alarmed that my blood pressure is so high when I am taking the stuff.   I guess I have to remind myself that in the end my body is breakable as wonderful as it feel, especially after drinking an energy drink.  Seeing a stroke patient who has had a very bad stroke for physical therapy several times a week for several months in a row will also wake you up.  AN OUNCE OF PERVENTION IS WORTH A POUND OF CURE BABY!  If you don't believe me just google stroke rehab videos on YouTube.  I am dying to understand this stuff and all of our efforts to be more productive healthy individuals, achieving our goals.  Please comment and let us know what you think and how you get more done in your day.  Thanks for reading all the way to this point if you made it.  :O)  I think this is the longest post I have written so you are a super trooper!  See you around!  Adam