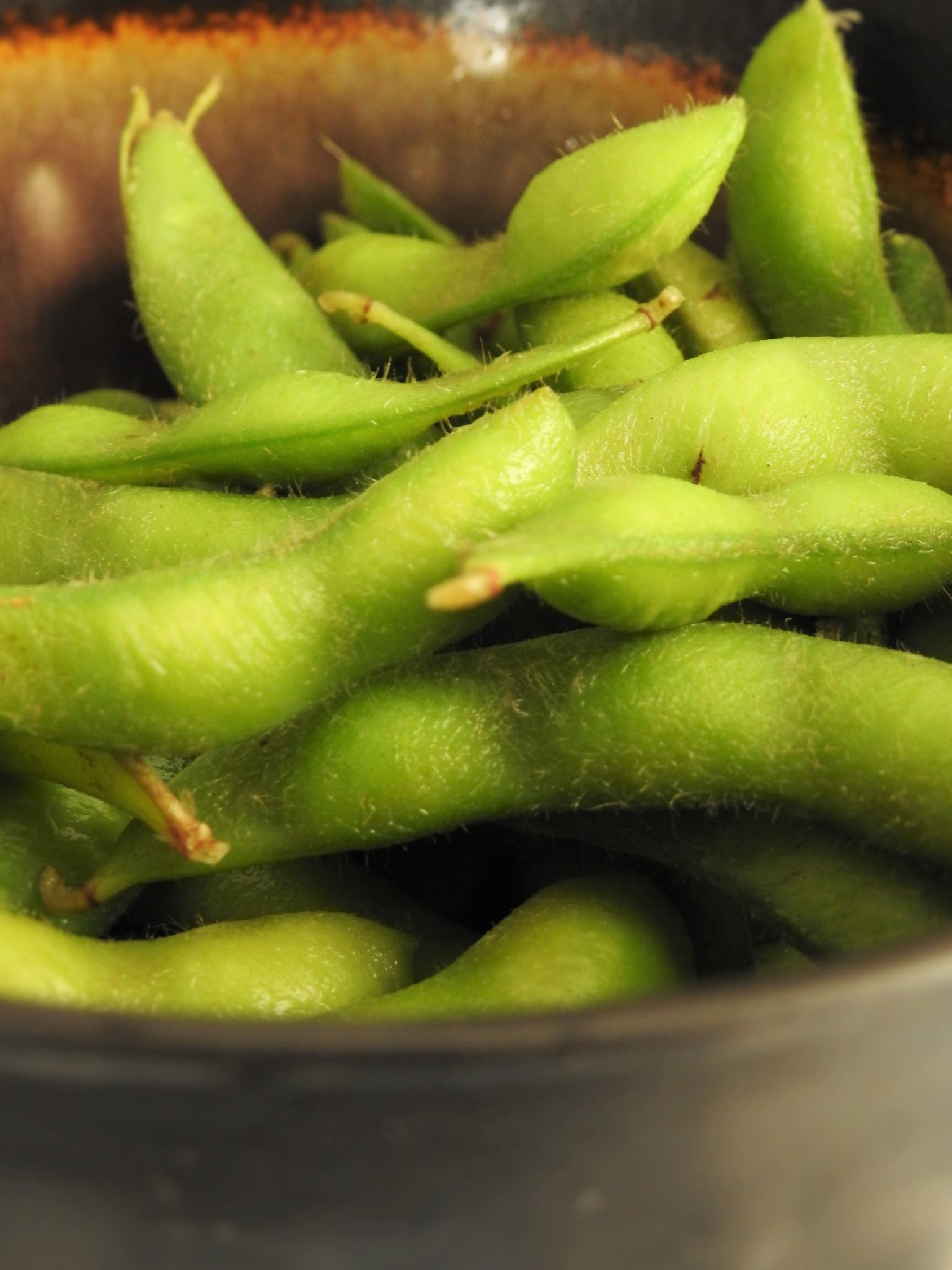 Don't you like something easy, simple, high protein, and inexpensive?  I do, and I found one recipe that is very effortless but so yummy and trendy.  It's "Edamame", and it's literally cool beans.  It's everyone favorite; kids, adults, male and female. 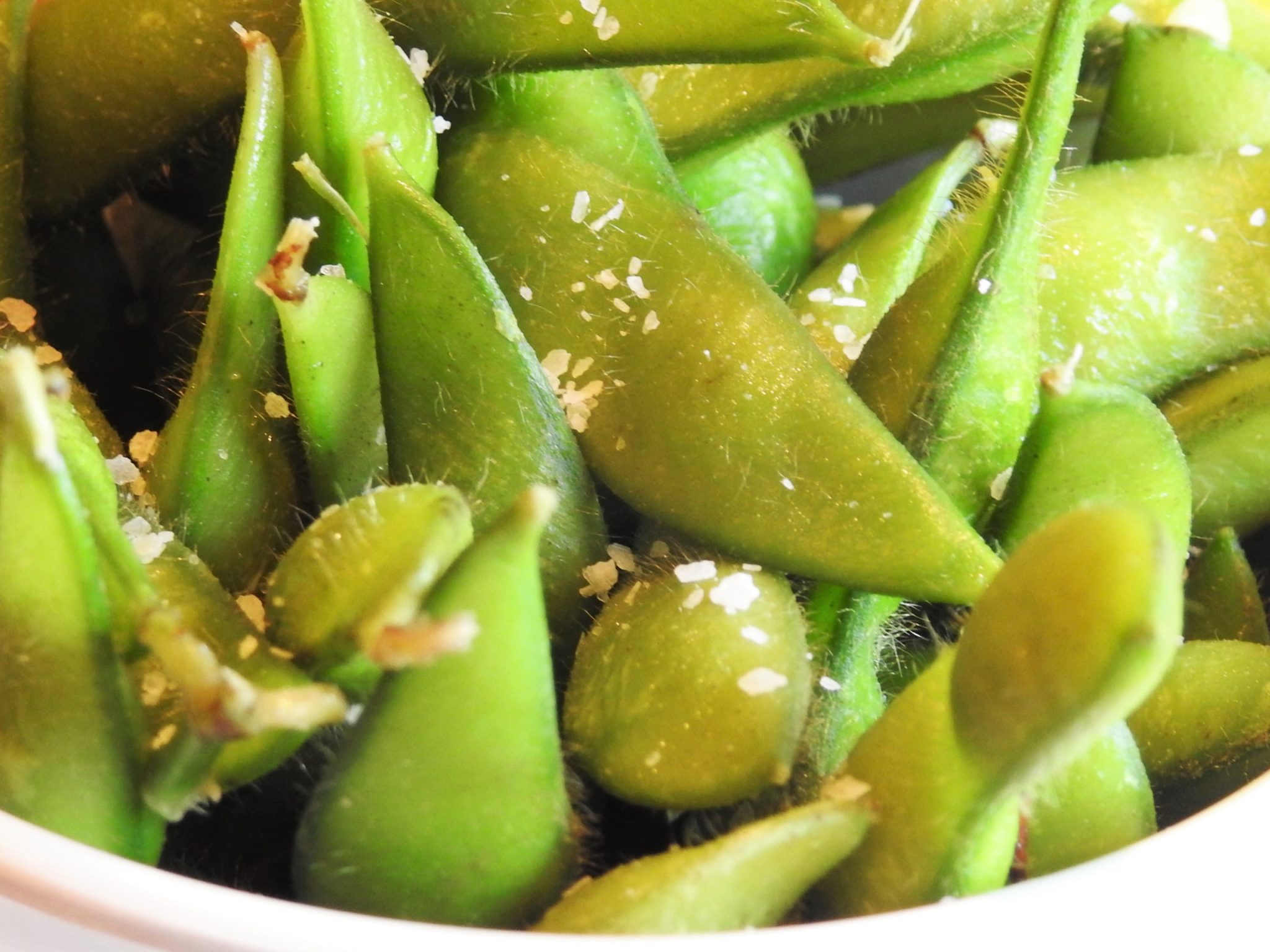 It's a soybean that is still in a pod. Edamame that is served in the U.S. is originally from East Asia.   It's often found at Asian Fusion restaurants an Thai restaurants so it should be included on our blog.  I first had these beans when I came to the U.S. One of my friends took me to a Japanese restaurant, and she ordered it for us. She said it's so good with beer especially lager beer which is a kind of beer that most of the Asian countries have.  I recalled my childhood memory when I tasted it.  I remembered when I was in Chiangmai seeing steamed legume beans in pods were on several market stands. They looked almost like Edamame but smaller. 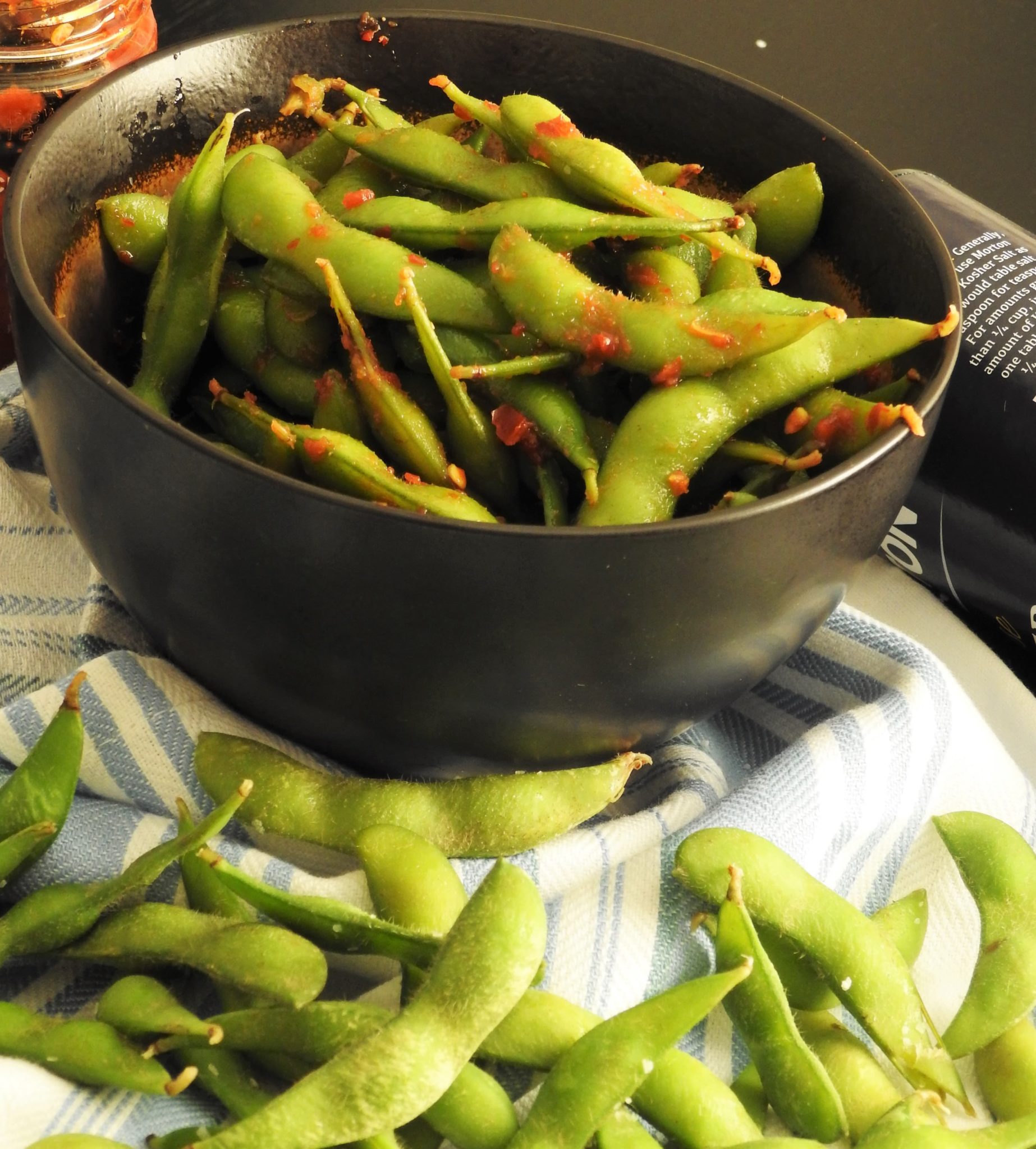 A couple months ago, we received a coupon from PeiWei, so we decided to use the coupon.  We ordered two entrees, but we still had to spend more in order to use the coupon. Thus we order a couple appetizers, and one of those was Edamame. It's such an addictive food. We couldn't stop eating until it's all gone. 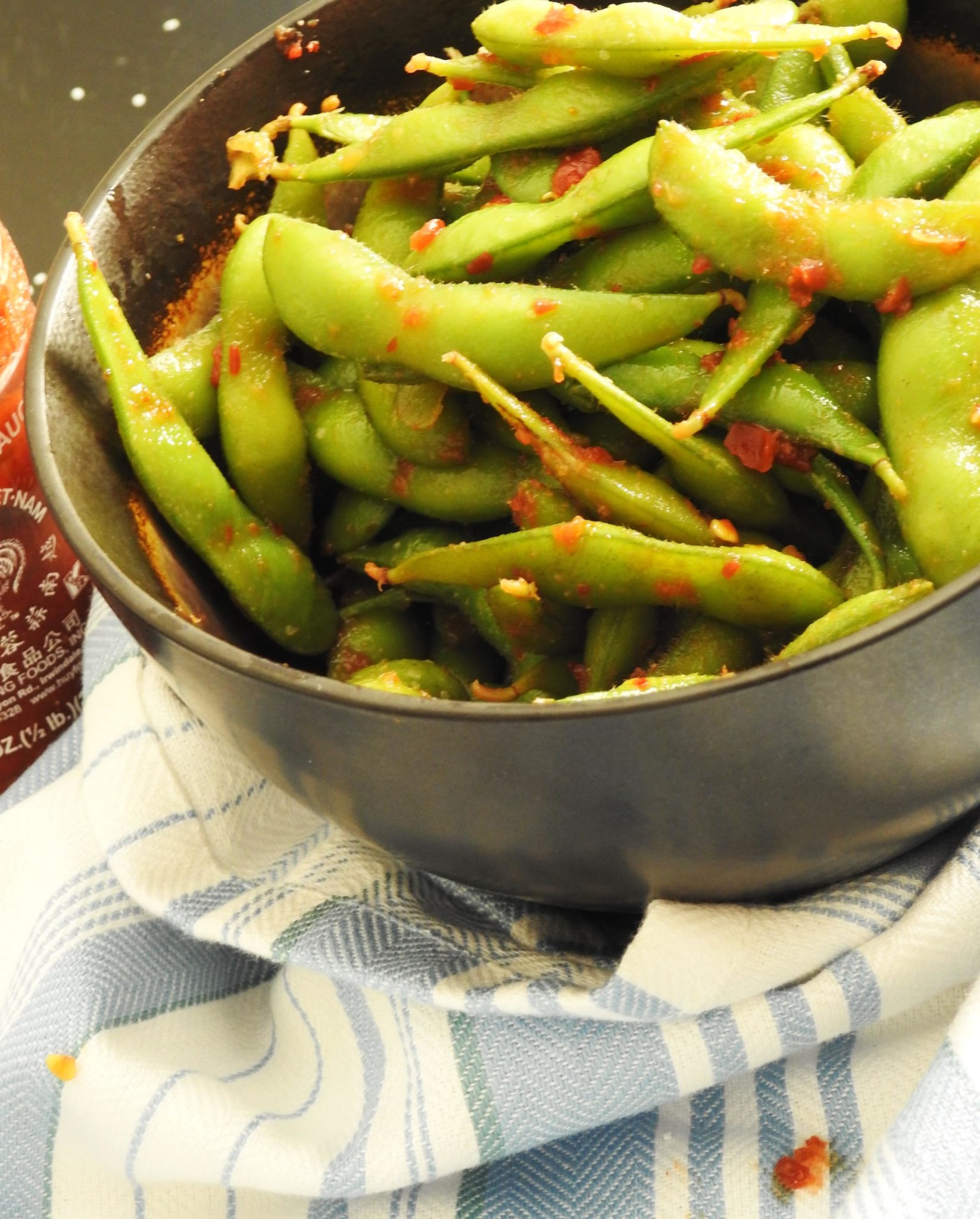 Edamame (large size) in PeiWei menu is about $3-4, and in the Japanese restaurant is about $5.  I always stock Edamame frozen in my freezer because it's easy, fast, and low-cost snack to make.  Edamame has low sodium, carbohydrates, and fat but high protein, fiber, magnesium, and potassium.  It is a really good source of protein for avegetarian and vegan diet. One cup of cooked Edamame has 17 grams of protein. 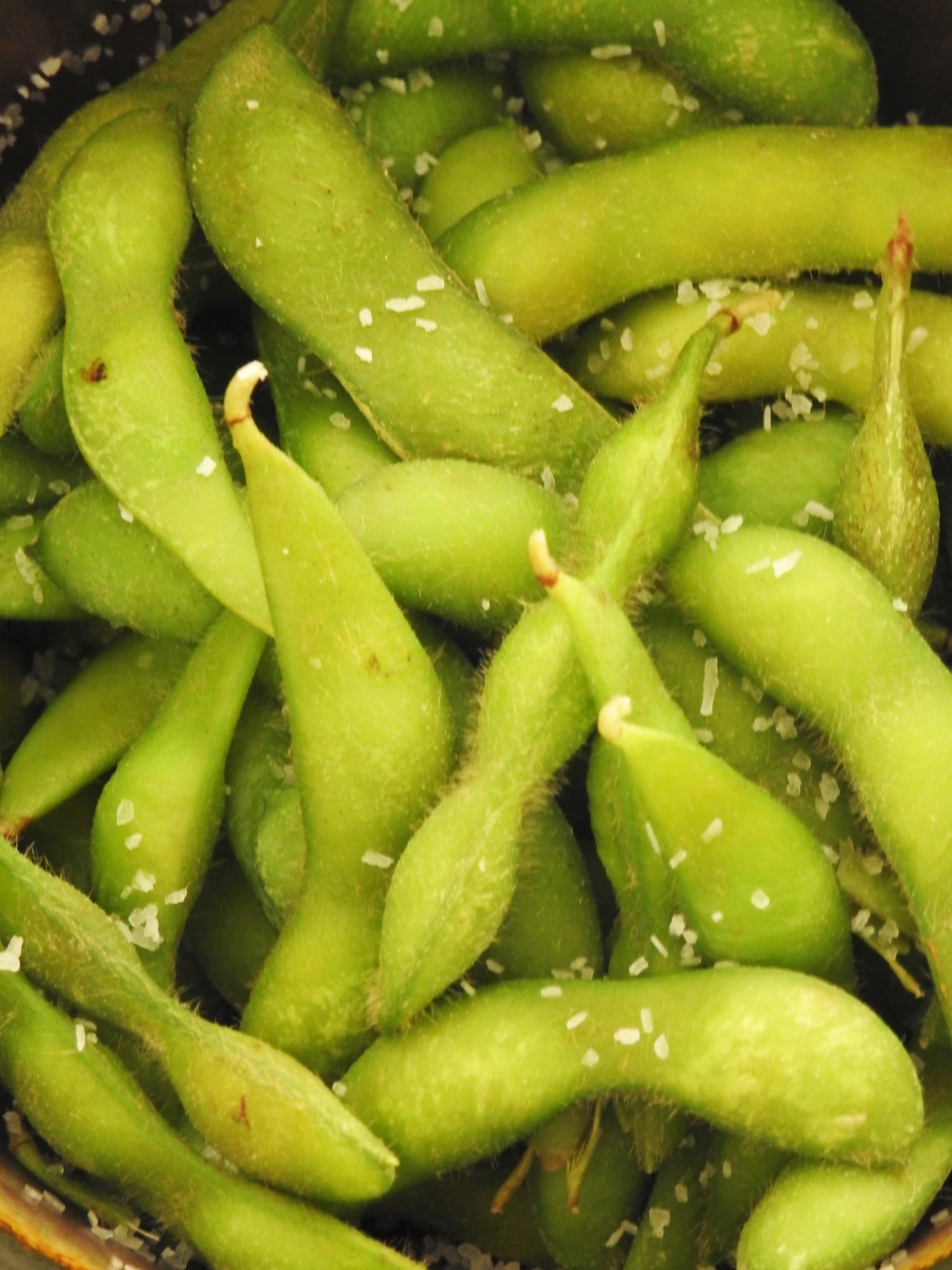 They are two methods to enjoy the Edamame that I want to share with everyone.  Here are the recipes. I hope you enjoy them. 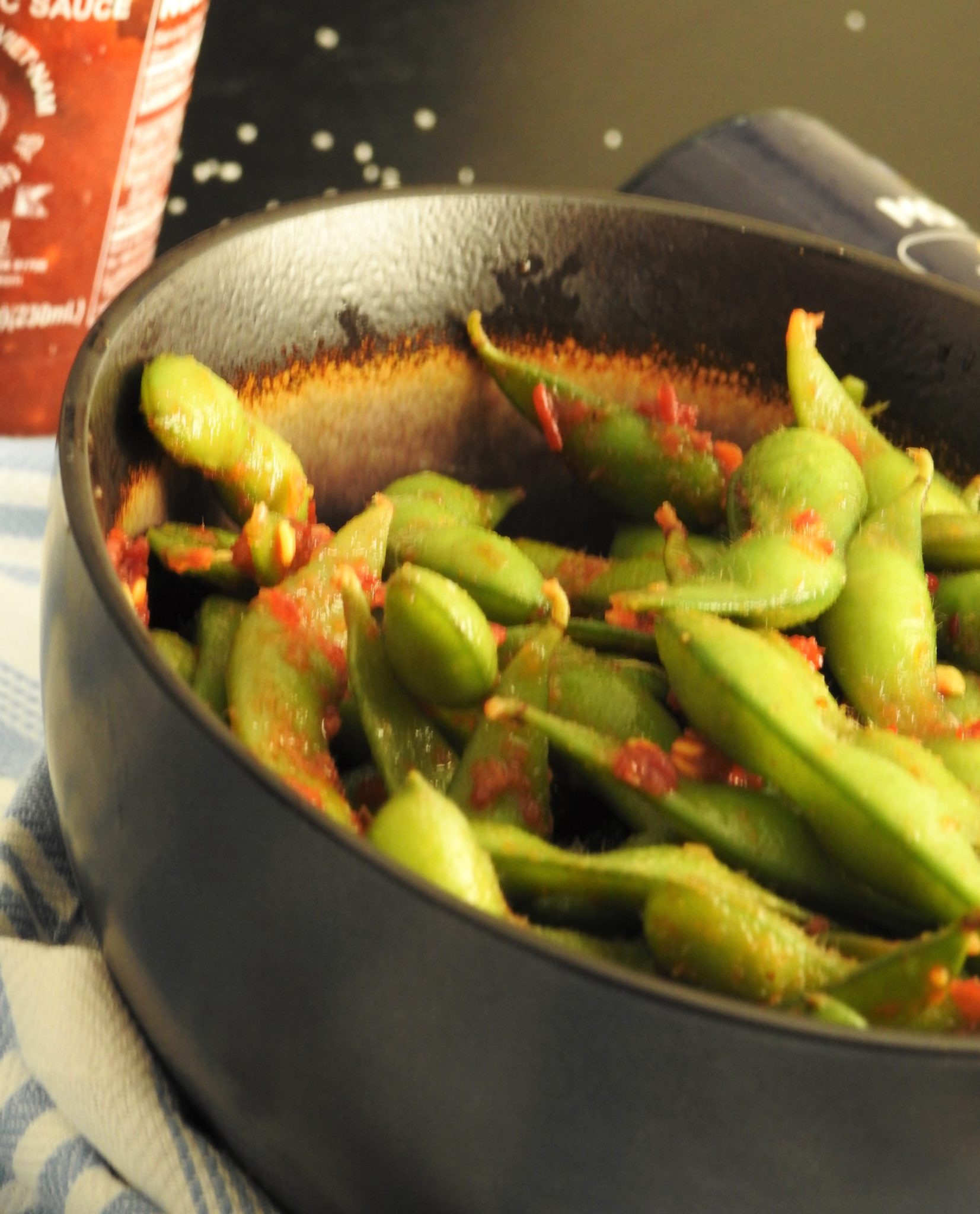