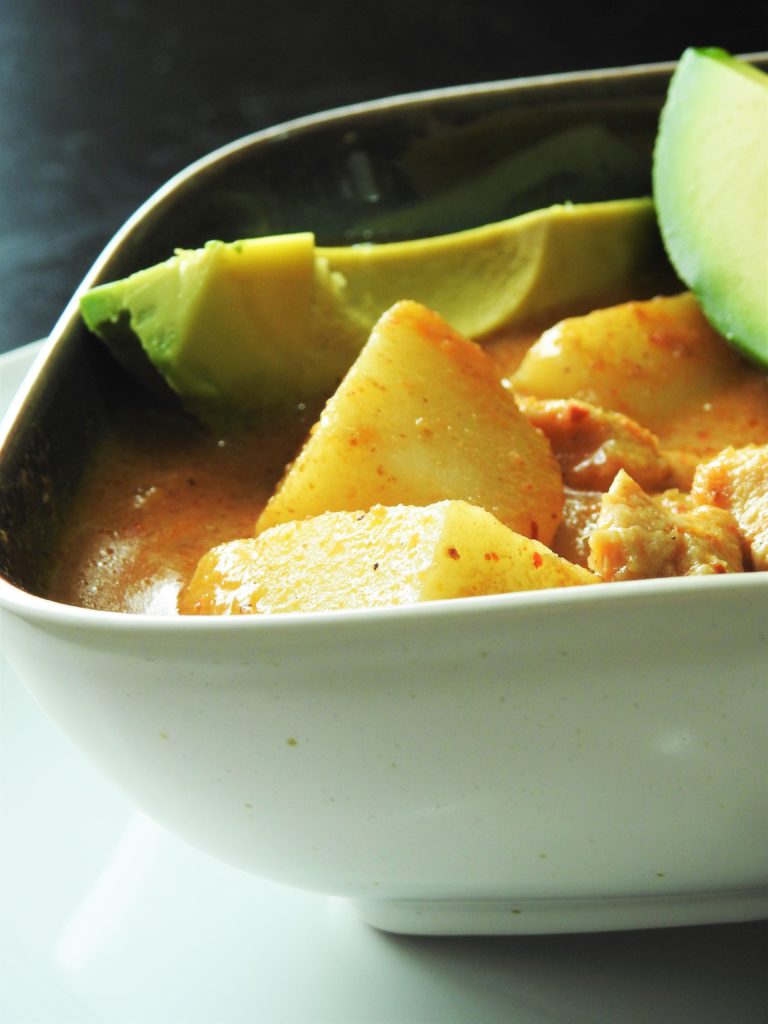 Of all the Thai restaurants I've ever gone to and all the Thai dishes I've ever had the one that stands out the most is massaman curry I had in Houston with avocados. Massaman Curry is a milder Curry that is typically more friendly to Americans and people who are afraid of the spiciness of Thai food.

Massaman Curry has a beautiful Rich orange color and a rich flavor as well making it one of the best comfort food recipes. In this version we use potatoes which also give it a hearty flavor and makes it very filling.

This is a great recipe for entertaining large groups because it is so widely loved.  There are several things you can do to alter the recipe and make it friendly for anyone. 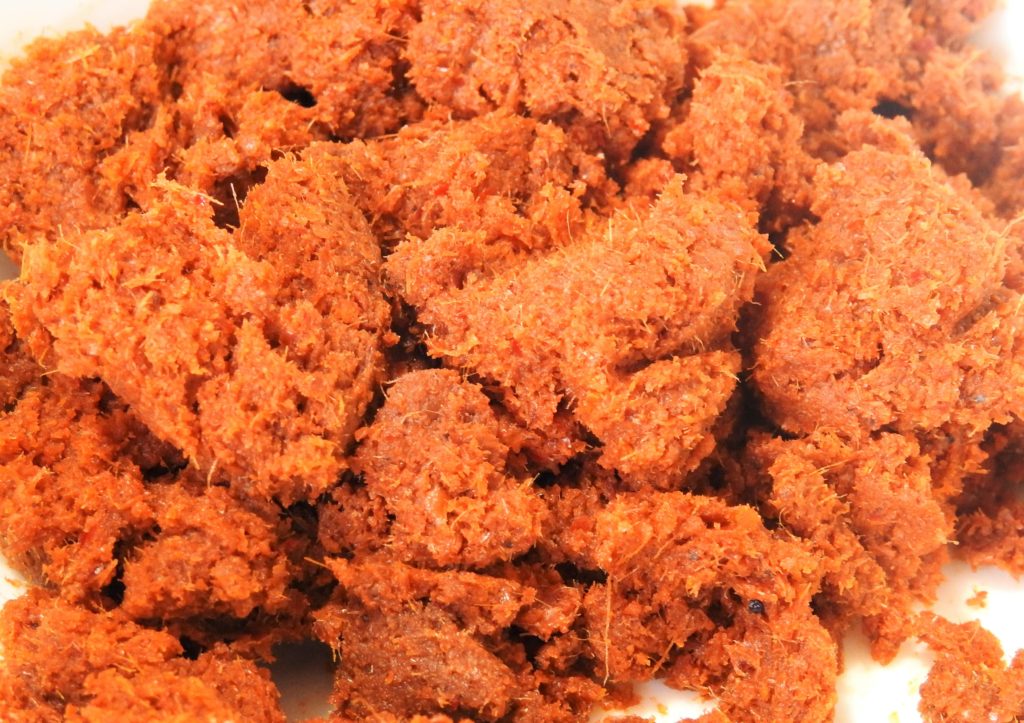 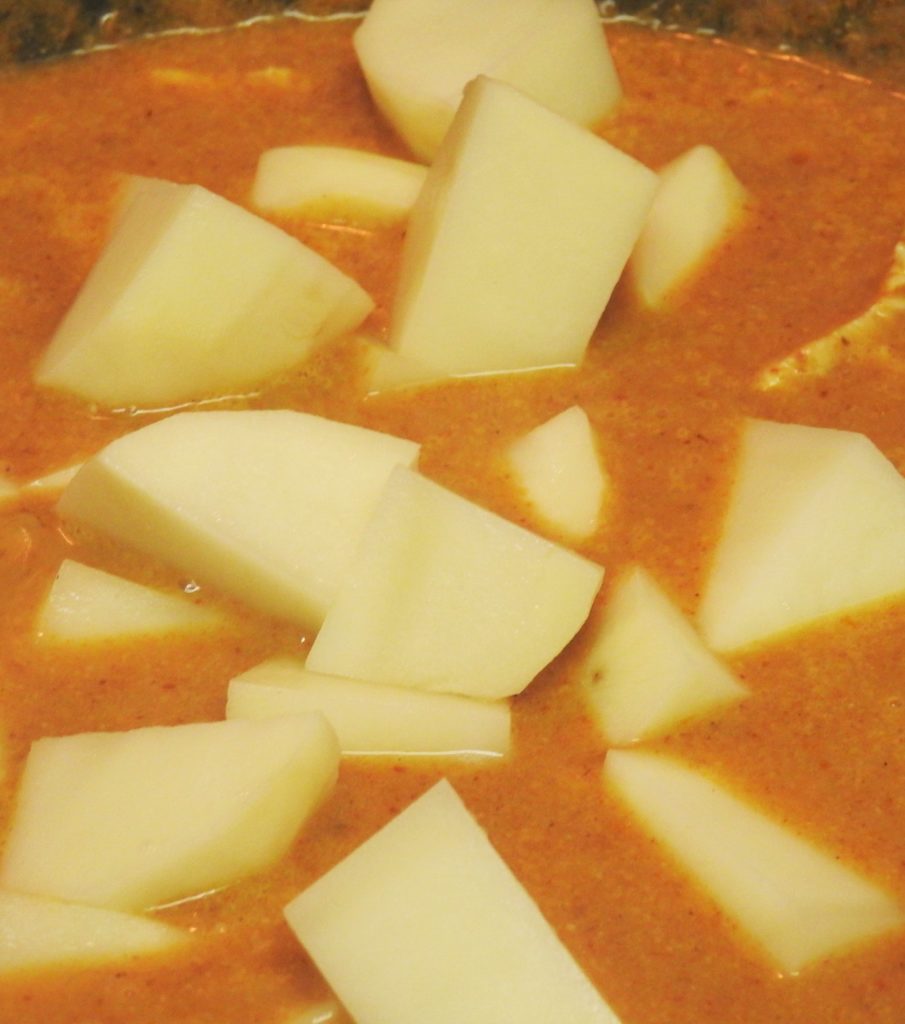 To make this recipe healthier we did the typical things do for any recipe.  We used an olive oil rather than a vegetable oil and brown rice rather than white rice to lower the glycemic index.  I wish there were a lower glycemic index (GI) white potato which has the same favor as a russet potato.  Sweet potatoes have a lower GI but we have yet to try that in this recipe.  We will let you know if we try it and it still tastes as good.   The glycemic index is a scale used to describe how fast a food converts to blood sugar.   The russet potato scores 85, just 15 short of the 100 score of glucose.  That's not very good.  :/  Let us know if you have an idea for this ingredient.

I serve this recipe the way they did at Nara Thai restaurant in Atascocita, Texas.  They have the best masaman ever and I am copying what they did the best I can without asking for their secret.  The thing that is obvious is that they include avocados on top.  I chose to top it with cilantro just for aesthetics. I think it looks good and I dig the aroma of it when you pull it apart. 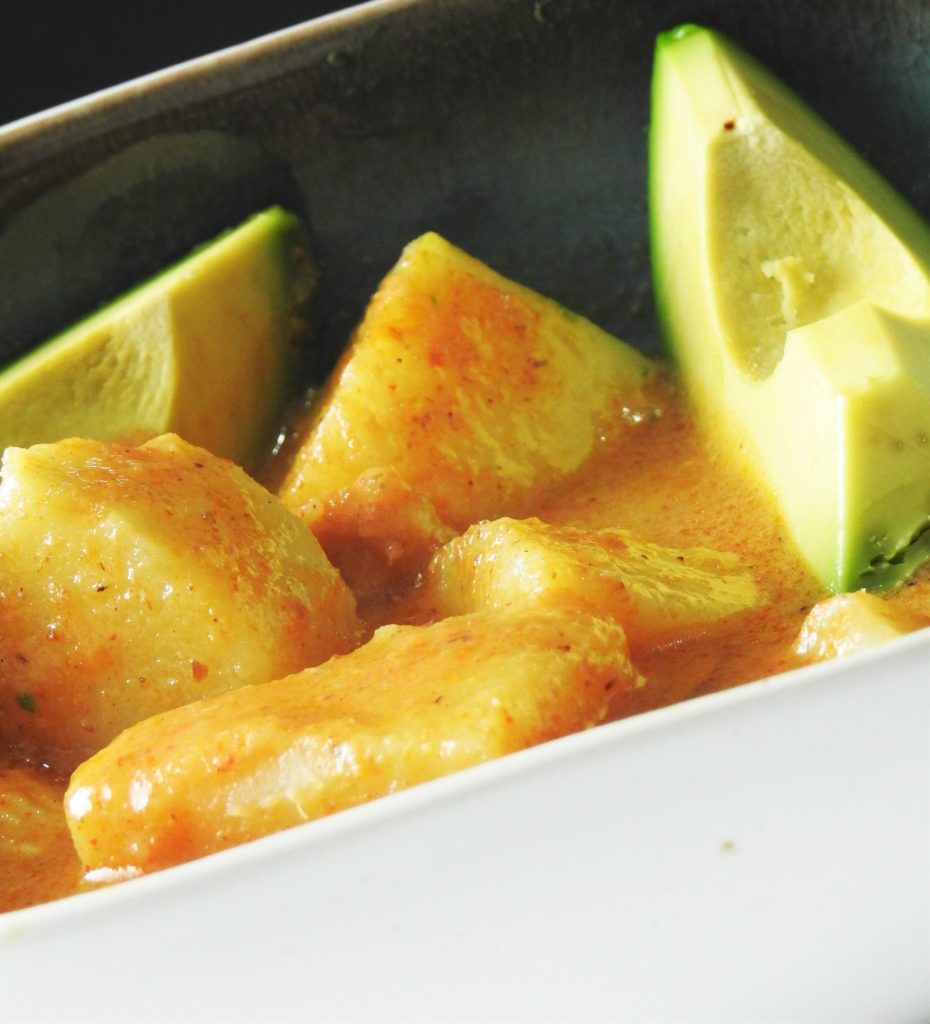 Massaman curry is an common favorite in Thai restaurants with its hearty filling rich flavor making it a comfort food.  Historians have theories on the origin of the recipe with one that it came from an Arab Muslim traveling through central Thailand.  Another theory is that it is from South Thailand with Indian influences due to the tamarind ingredients giving it a more Indian curry tangy flavor. 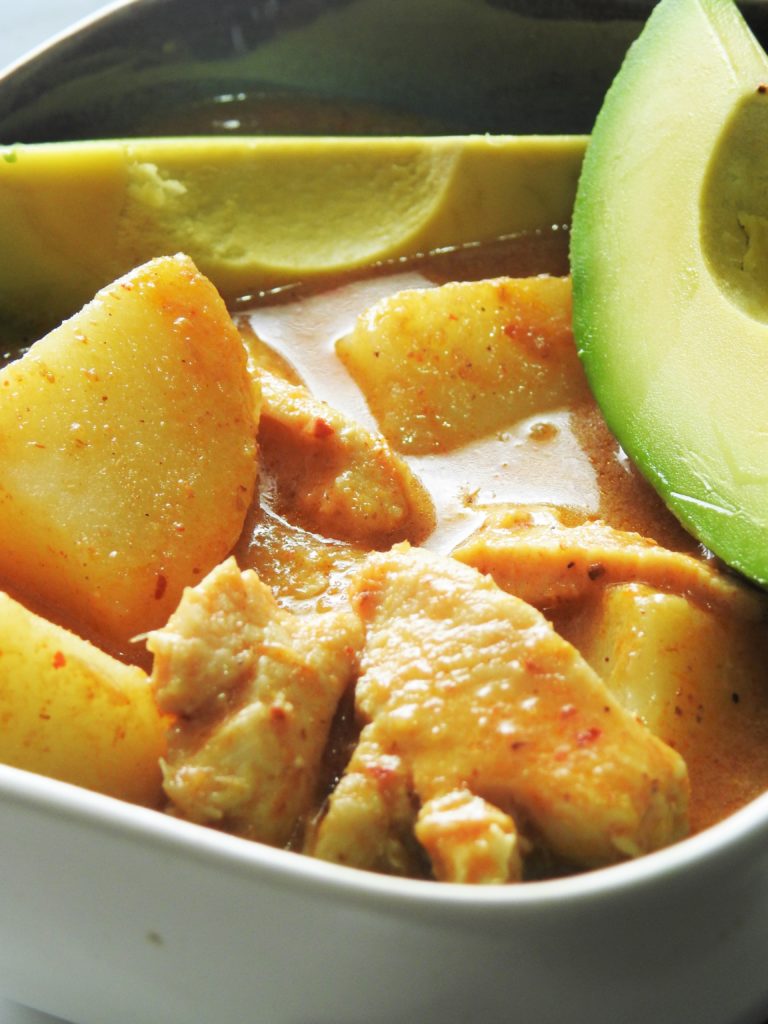