If you start to google the words health benefits the first suggestion Google gives you is, "Health Benefits of Ginger".  Ginger is not only the root of a beautiful flower but a spice which has been studied every which way to Sunday for it's health benefits.   Ginger is also one of the oldest used medicinal spices.  Below are some of the documented benefits which have evidence to support them.  Ginger was first discovered in Southeast Asia in the area where Thailand, once Siam, is now. 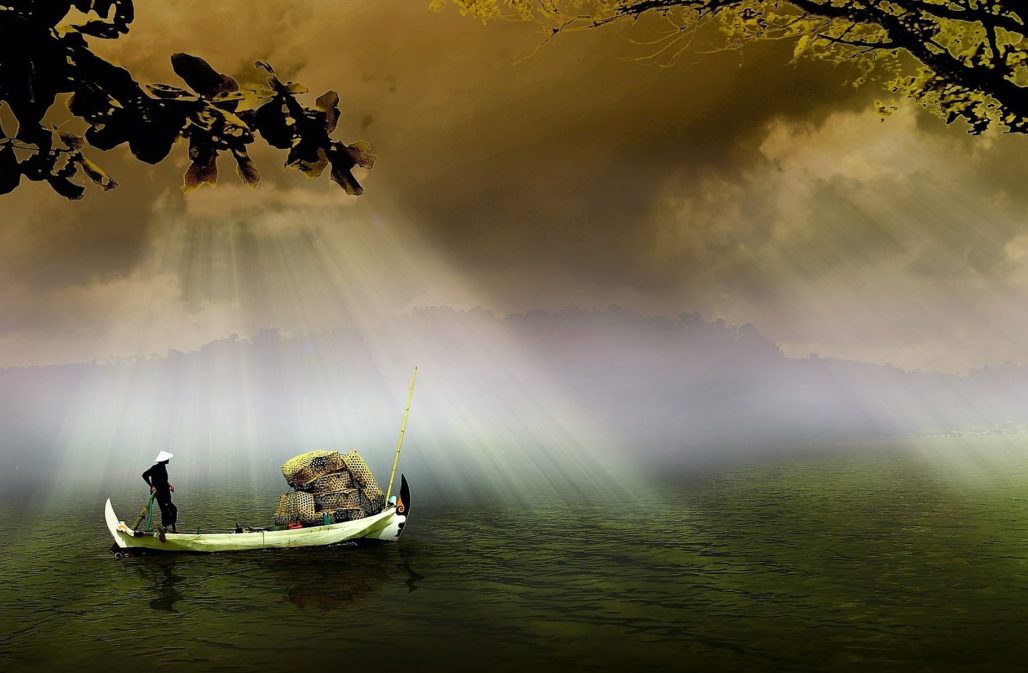 Discover the Spices of Southeast Asia

In case you didn't know, ginger is the reddish colored root of a really beautiful red flower.  It is a spice that can easily be grown in your own backyard or on your patio which you can also enjoy for it's beauty.  I found this video describing how you can grow it yourself from home.   Ginger requires very little sunlight and is super gorgeous. I am using a baby bottle brush flower to garnish my ginger matcha tea because it looks similar to the gorgeous red flower of natural ginger but is small enough to use as a flourish.  (Use caution with baby bottle brush flower.  I don't know if it has any health risks). 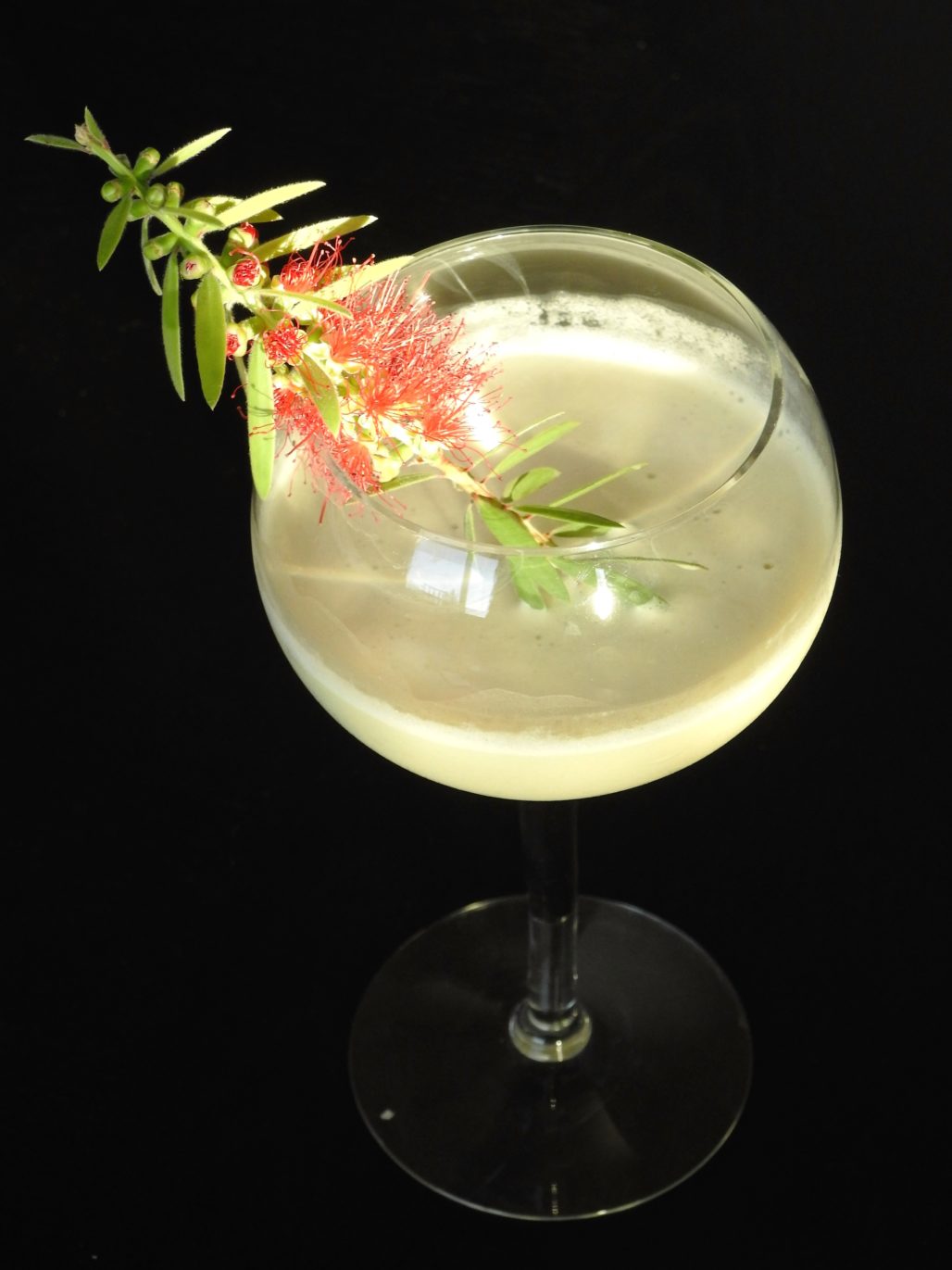 We will be posting on our ginger growing attempt so stay tuned. 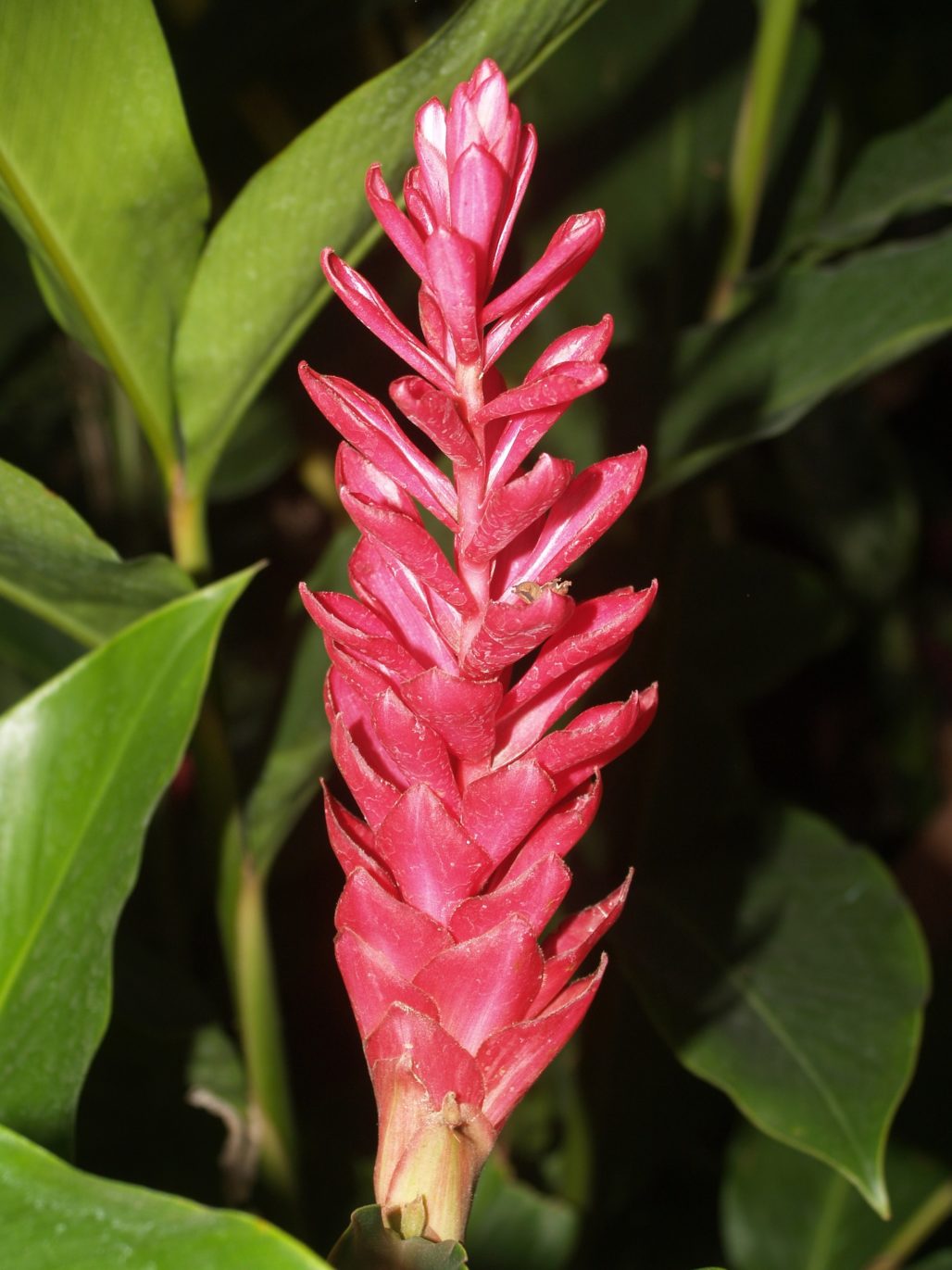 If you have health issues use ginger gingerly!

When siting evidence I like to go for stuff from the NIH as they tend to be motivated most purely for the sake of empirical evidence.  One of the first articles you will find on it reminds us that there is also evidence that if you have something like cancer any chemical that effects your body may react badly with your very unique situation.  The same article is also stated that it is generally beneficial to most people.   If your luck is like mine though you will want to be mindful and attentive to details on this.   An easy moto to remember is, "When in doubt, check it out!".  With your doctor if you have one that is in it for more than just the money.  😉

Claims about ginger that have strong evidence

The most widely known and supported evidence is in favor of the benefits of the ginger on digestion.  This is one use in which common knowledge and anecdotal evidence co-exist with little problems.  Usually when someone tell me to do this anecdotal thing or do that old wives tale idea when I am sick I take it with a grain of salt.  There is however significant evidence that ginger will help your digestive system relax and go back to it's normal healthy business.  Ginger is most effective on digestion as a stimulant and anti-spasmotic.  This can mean it helps with morning sickness, hang-overs, a stomach bug or just having food you don't care for and need help choking down.  Here is an NIH reference for more on this.

Like Tumeric, ginger may help with the inflammation of many injuries and diseases such as arthritis.  While some inflammation is good, and the bodies defense against many issues, it is also often detrimental when the body doesn't know when to stop.   Fortunately for humans we have the strongest prefrontal cortex of any creature ever to walk the earth.  We can balance our evolutionary mechanisms with evidence based choices.  Especially if you have a really stupid immune system like mine.  (One of my doctors told me I wouldn't exist in nature!)  Auto-immune diseases such as rheumatoid arthritis are issues wherein our immune system sees our own connective tissue and sees it as an invader.  Like a YouTube  superstar dog growling at and chasing it's own damned tail.  Here is a NIH reference for ginger that shows that it basically suppresses multiple inflammation markers that drugs like Advil and monolucast target.

Like inflammation, oxidation has a place in normal bodily defenses.  Oxidation destroys free radicals but it also degrades normal tissues when there is too much.  My dad has been a huge fan of the research performed my Bruce Ames and his research on anti-oxidants.  You can blame so much of the negative effects of age on oxidation and my dad has gone so far as to describe some people as too oxidized.  There is a lot of truth to this when you read the evidence and digest, ginger cocktail in hand.  Gingerol is the bioactive component responsible for both the anti-oxidant and anti-inflammatory properties. 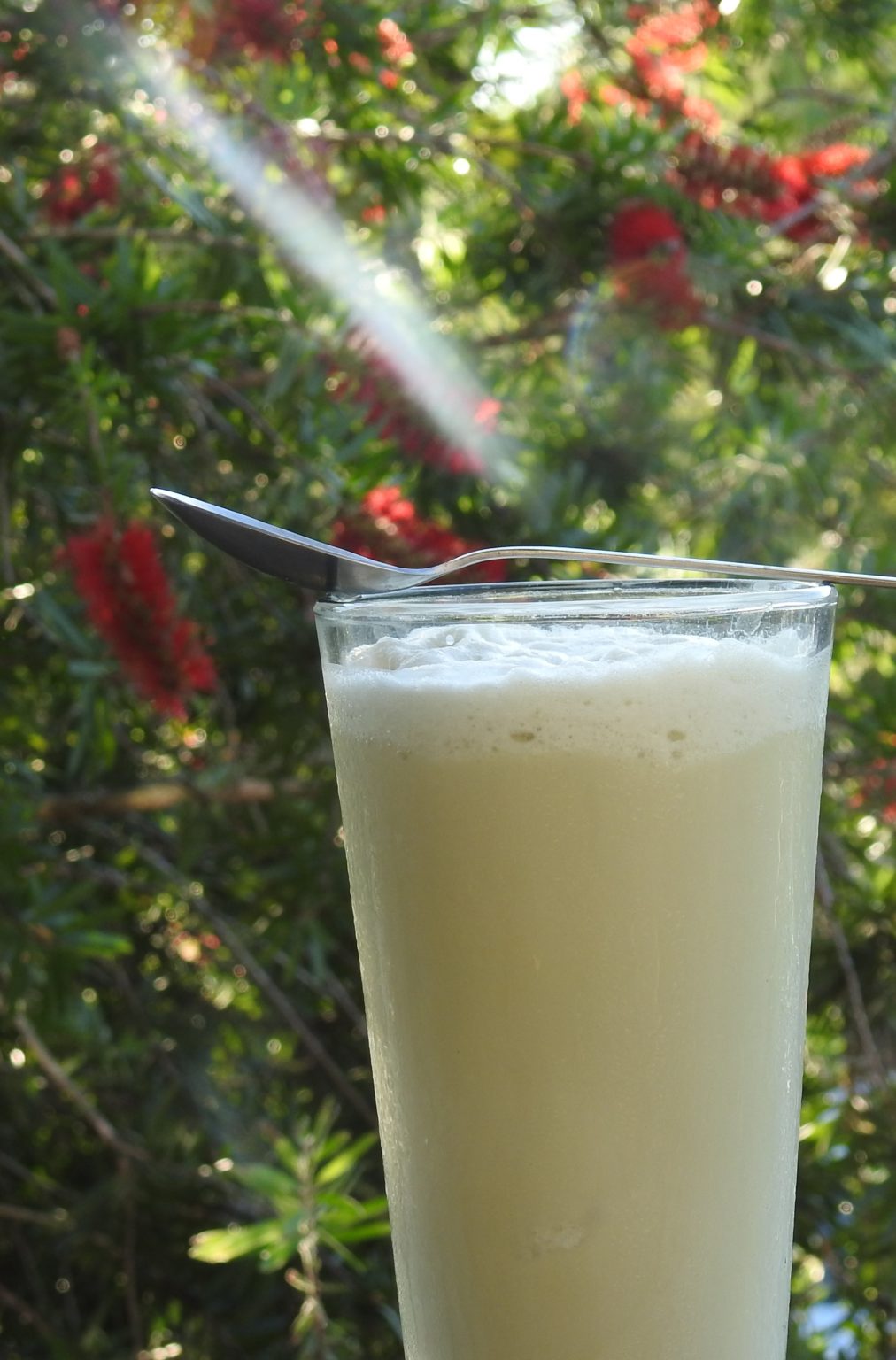 One small study showed some evidence that ginger seems to help with blood sugar stabilization and decreased cardiac risk factors.   You always have to take studies with smaller than 1000 people with a grain of salt.

Other informed but not completely proven claims include; cancer prevention properties due to anti-oxidant effects.  It is also thought to help with menstrual cramps and preventing Alzheimer's disease.

Antidotal claims about the health benefits of ginger

To my wife's chagrin I love to say how Asians think exotic animals and herbs tend to increase sexual potency, the more exotic the more they believe.  There are numerous reports like this and you have to consider the source when some one is aggressively pushing them.

Two grams of minced ginger a day is the often the recommended dose.  We added 1 teaspoon of fresh chopped ginger to our recipe so as not to overwhelm the recipe but you can put 2 grams if you want.  We also added a supplement called glyco-maize which is a blend of simple and complex carbs I bought at Vitamin World.  There have been some reported side effects of using creatine monohydrate.   Always check with your doctor if you have conditions that pose a risk with unknown ingredients.   I also added some creatine-monohydrate which is also a powdered supplement sold under many brand names which is also an energy booster.     You can add some flavorless protein powder if you want  as well and/or some kind of milk to make it thicker if you want.  You can buy the Matcha Ginger Latte mix at most Asian markets and/or Amazon.  Hope you enjoy! 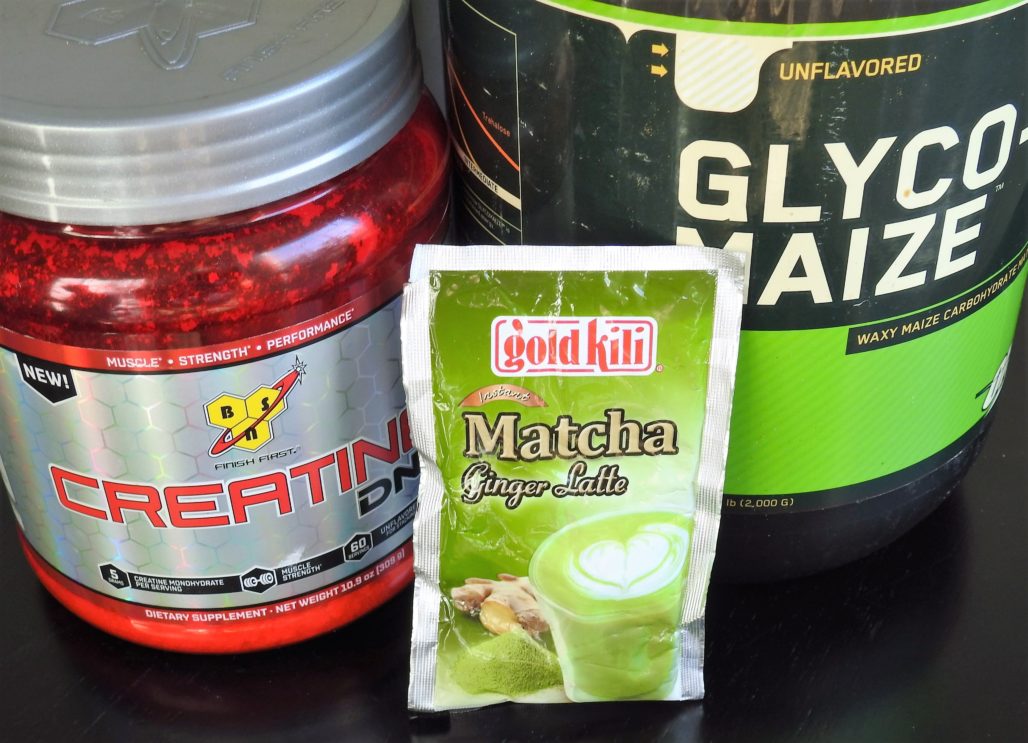 If you like this article you will also be interested to know about the anti-inflammatory properties of turmeric and our turmeric chicken recipe.