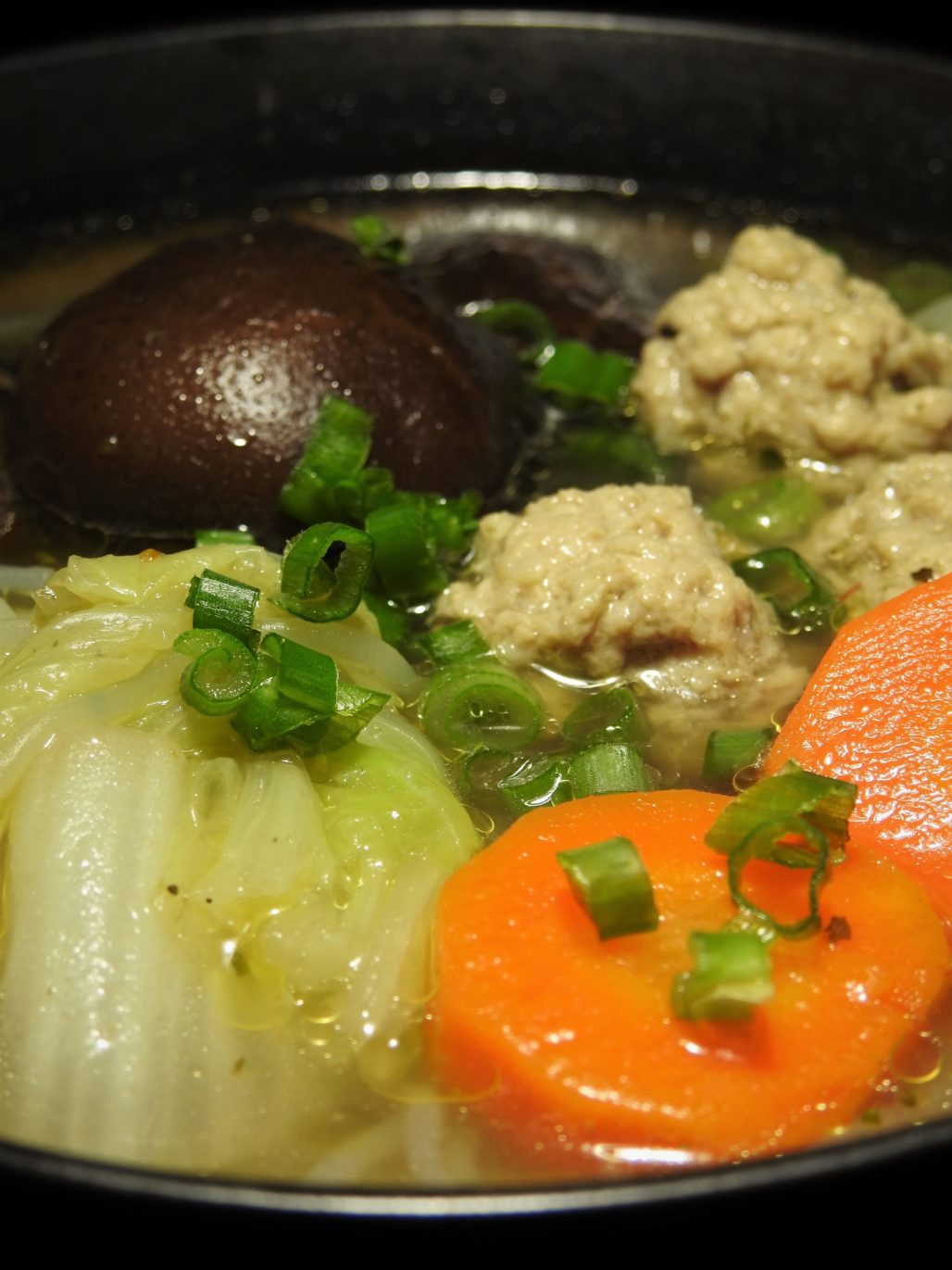 Napa cabbage soup is one of my non-spicy soup.  Every time I had this soup for my meal, I always drank tho whole thing out of my bow.  My grandma would throw the ingredients in the pot real quick, and the next thing I knew the soup was already done.  According to my grandma's recipe, sometimes she would slice dried squid and dried shrimp in the soup for a protein source.  Sometimes she put slice thick bacon in it, bu my favorite one was the meatball.

In Thailand, we call this recipe "Tom Jued" which means bland soup!  The name is not appealing to its taste.  I think whoever that named this recipe probably meant mild soup not bland soup.  I'm always telling people whenever we have a conversation about Thai food that they don't have to be spicy.  So many Thai dishes aren't spicy such as the Napa cabbage soup. 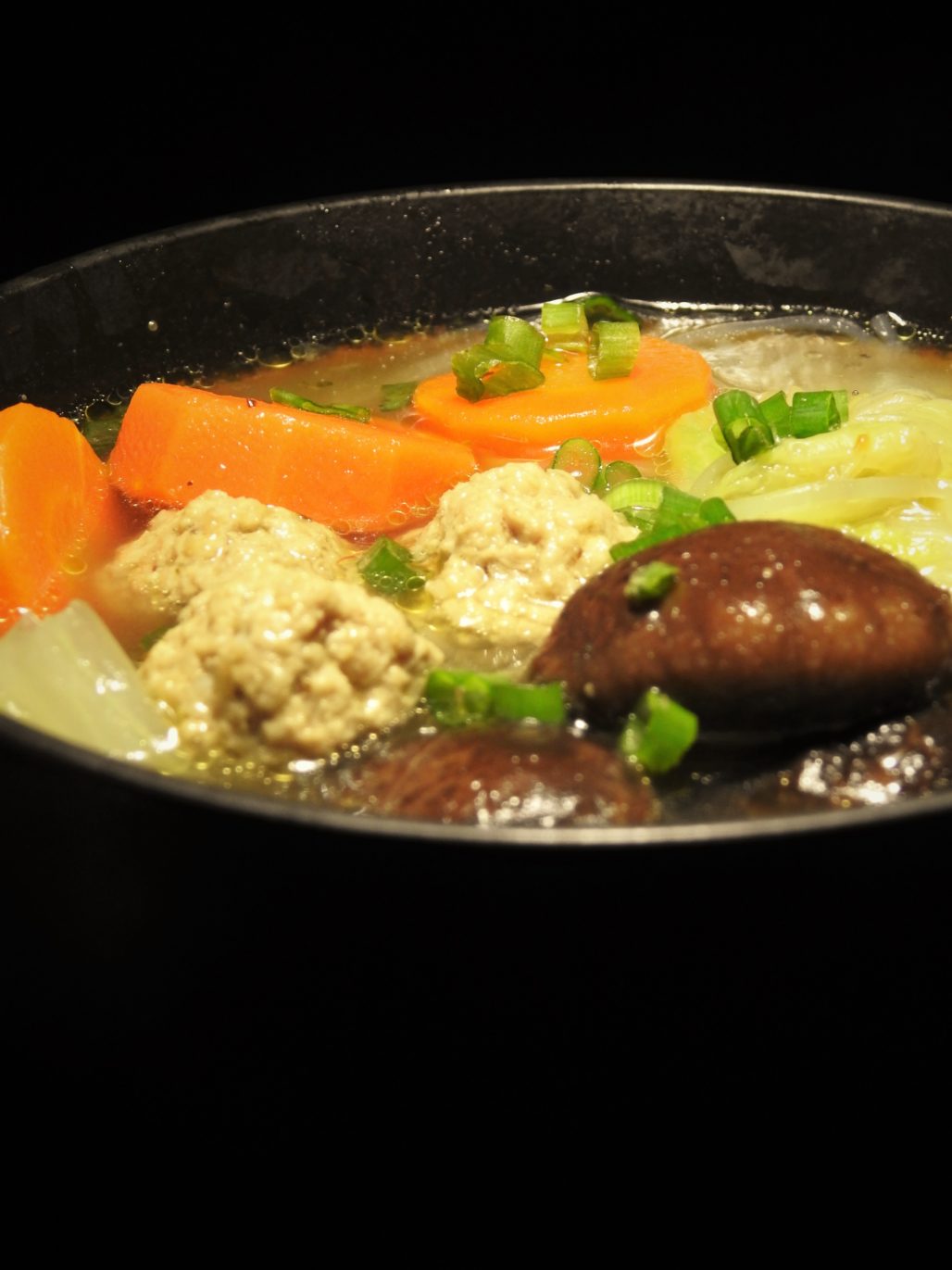 I added some mung bean noodles aka glass noodles in the soup because I wanted to serve it as the main course, and I thought the carbs from the noodles would fill our stomach perfectly.  I also put some carrots in my soup for the color and flavor. 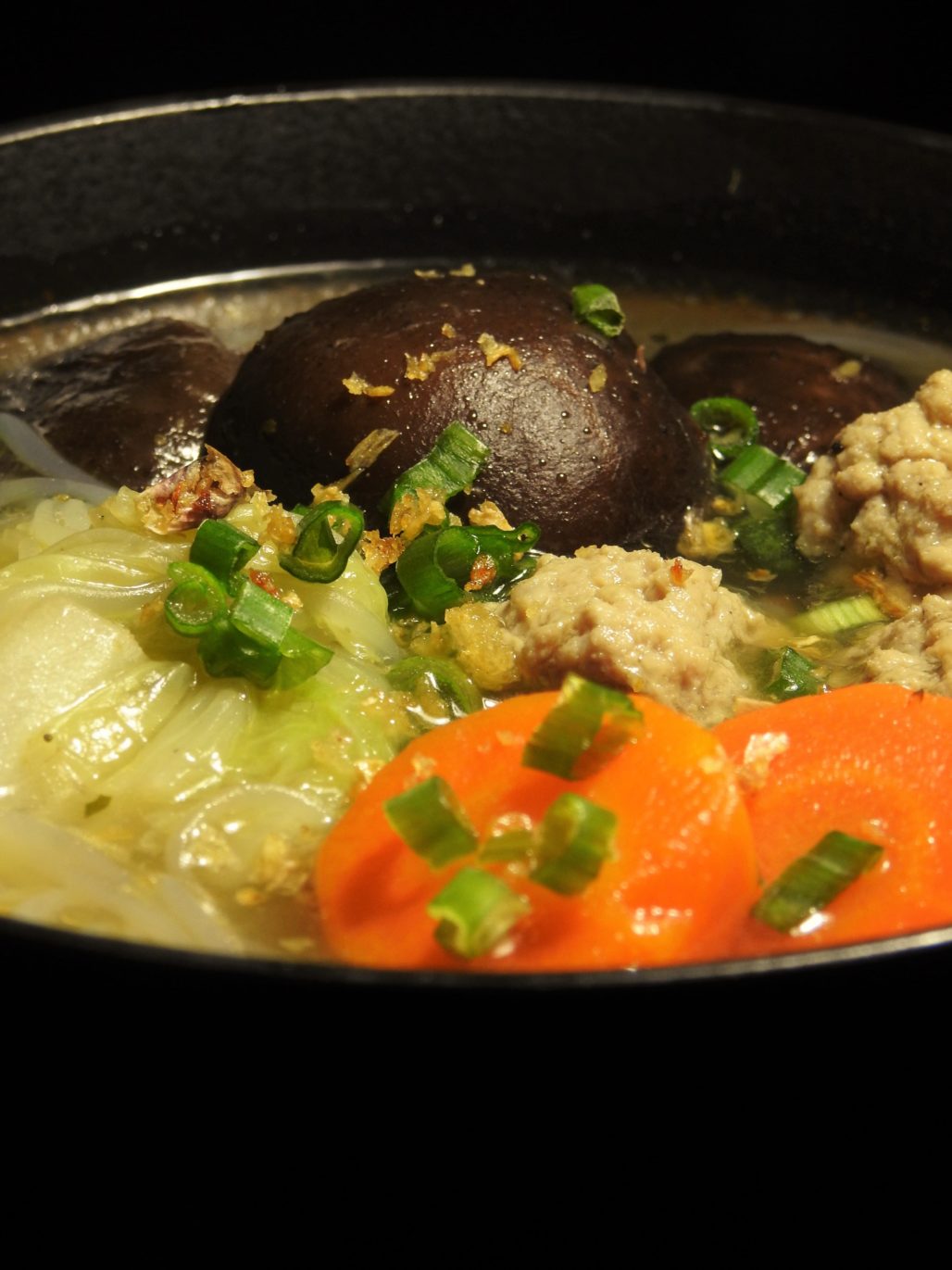 Tip for making the soup.

Making the soup is very fast and easy, but here's little tips for you to save your time.  Soak the glass noodles before you start to do anything.  Then go ahead, washing and cutting the vegetables, and after that heating the water in the pot and making the meatball while you're waiting for the water to be boiled.

Why is the soup a hearty soup?

The answer is because of the Shiitake mushrooms that I put in the soup.  Shiitake mushroom has known in East and Southeast Asian countries as a medicinal mushroom.  It has a chemical called adenine which is a DNA in it, and this substance has a property to prevent us from the cardiovascular disease by lower the blood cholesterol and protect our blood vessels. 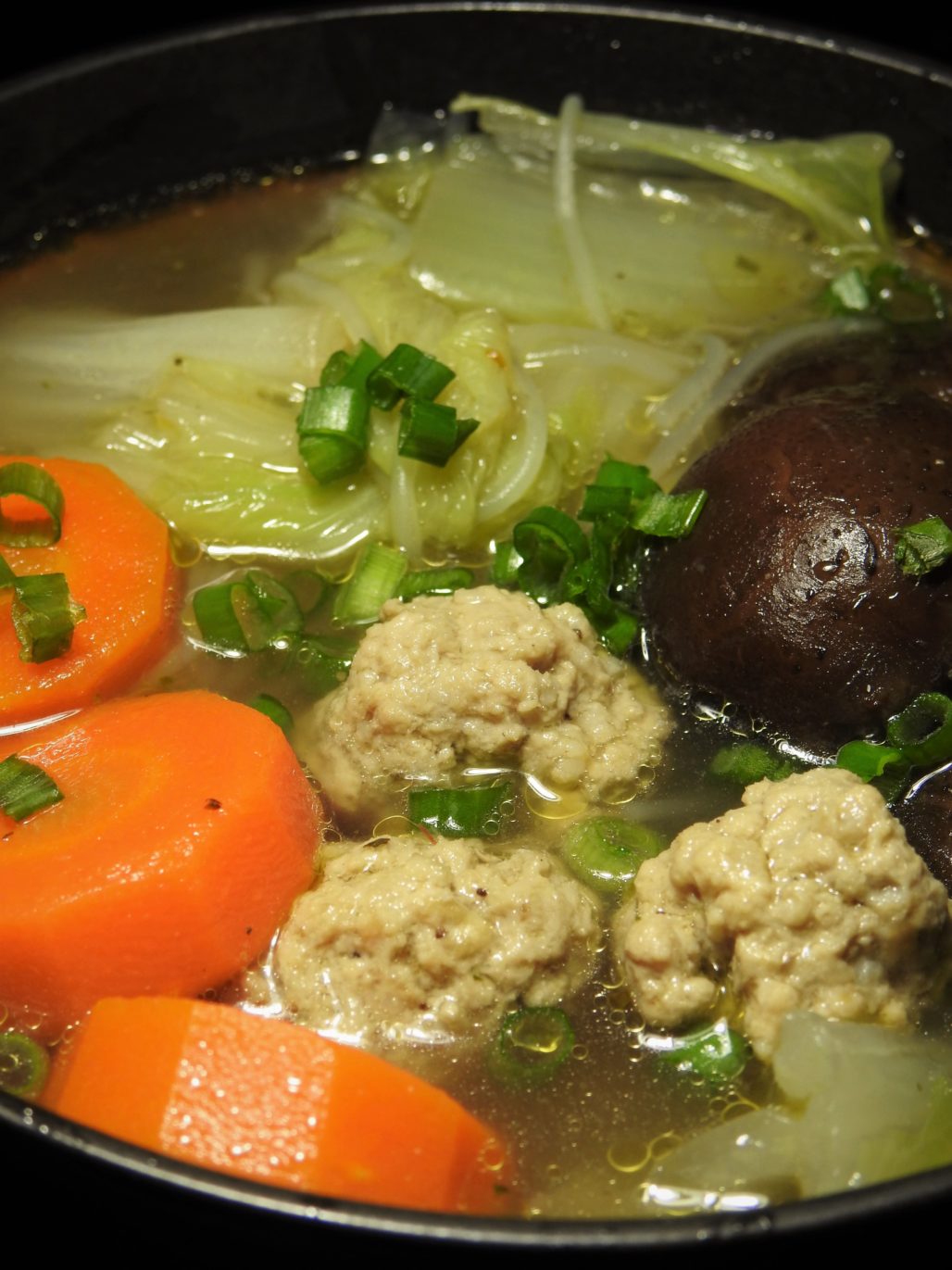 Here's the recipe.  I hope you enjoy the Napa cabbage and Shiitake mushroom soup like we did.  Leave a comment at the below, let us know what you think.