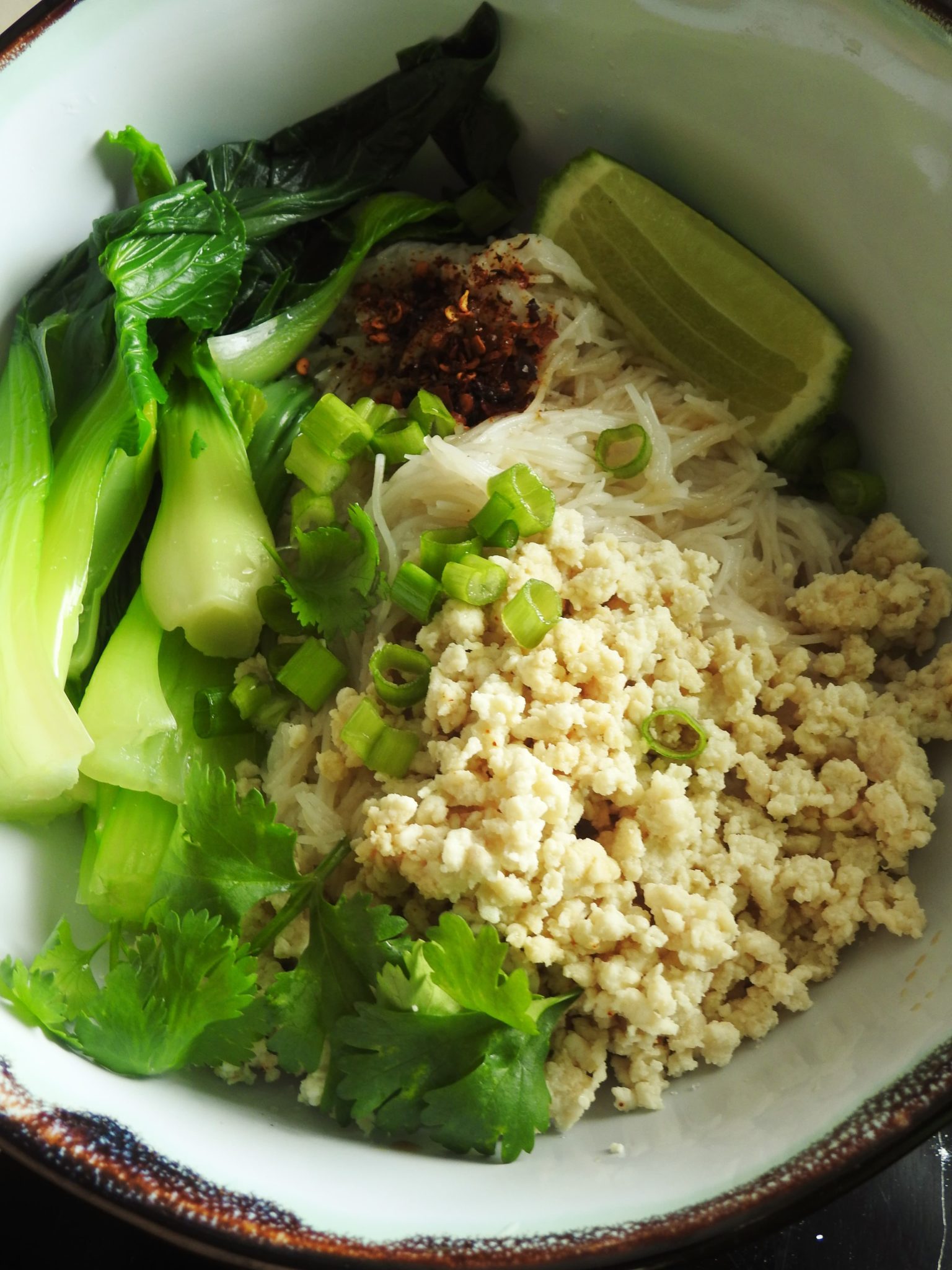 Noodles or Goutiao (ก๋วยเตี๋ยว) is the second main dish after rice for all Thais. There are noodle vendors everywhere in Thailand; just like McDonald's every two miles in the U.S.  Noodles are not Original Thai food.  It is an influence from Chinese cuisine which has been popular in Thailand for more than four-hundred years.   The most popular types of noodles in Thailand are vermicelli (Sen-Mee), rice noodles (Sen-Lek), and flat noodles (Sen-Yai). 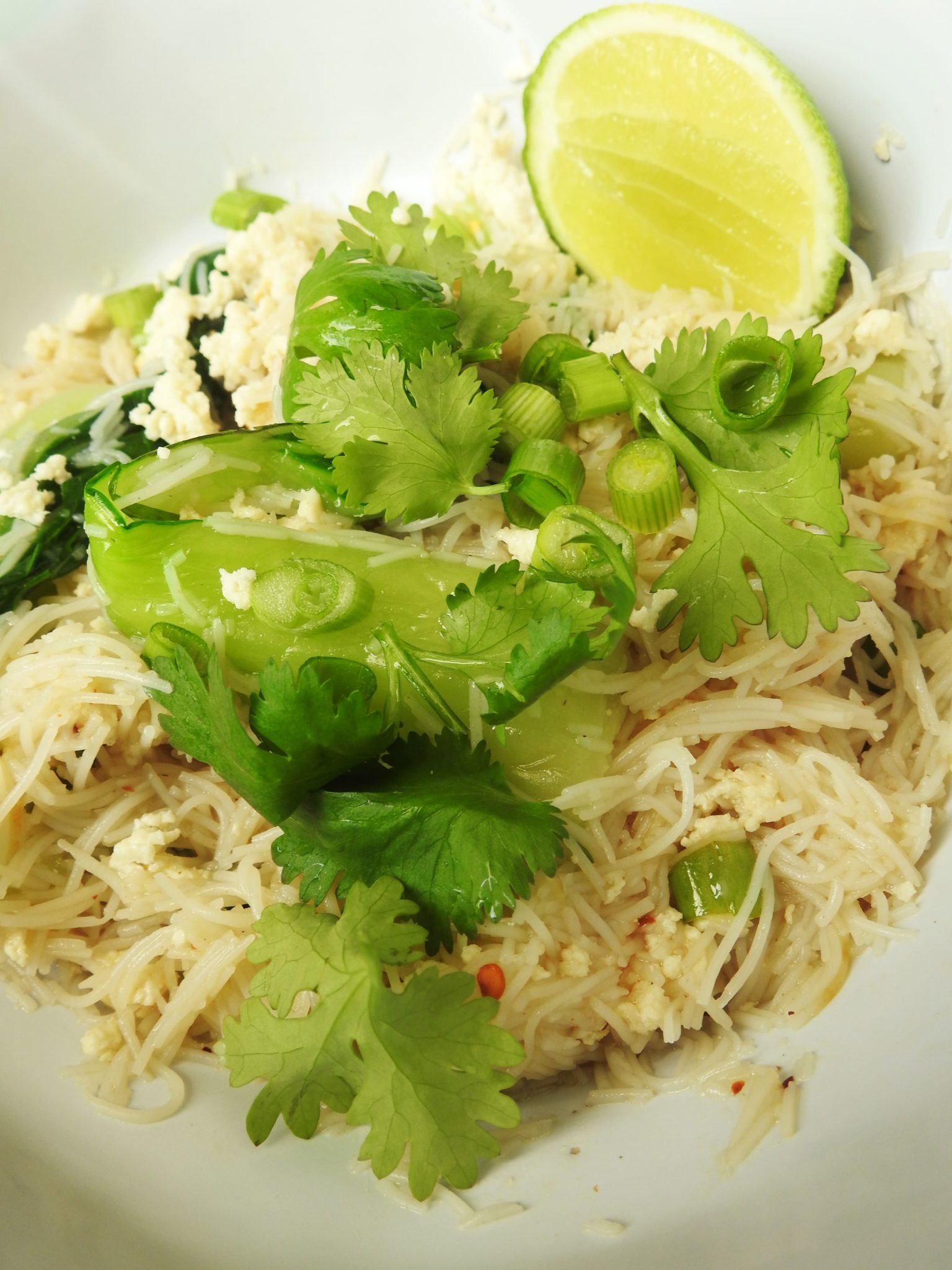 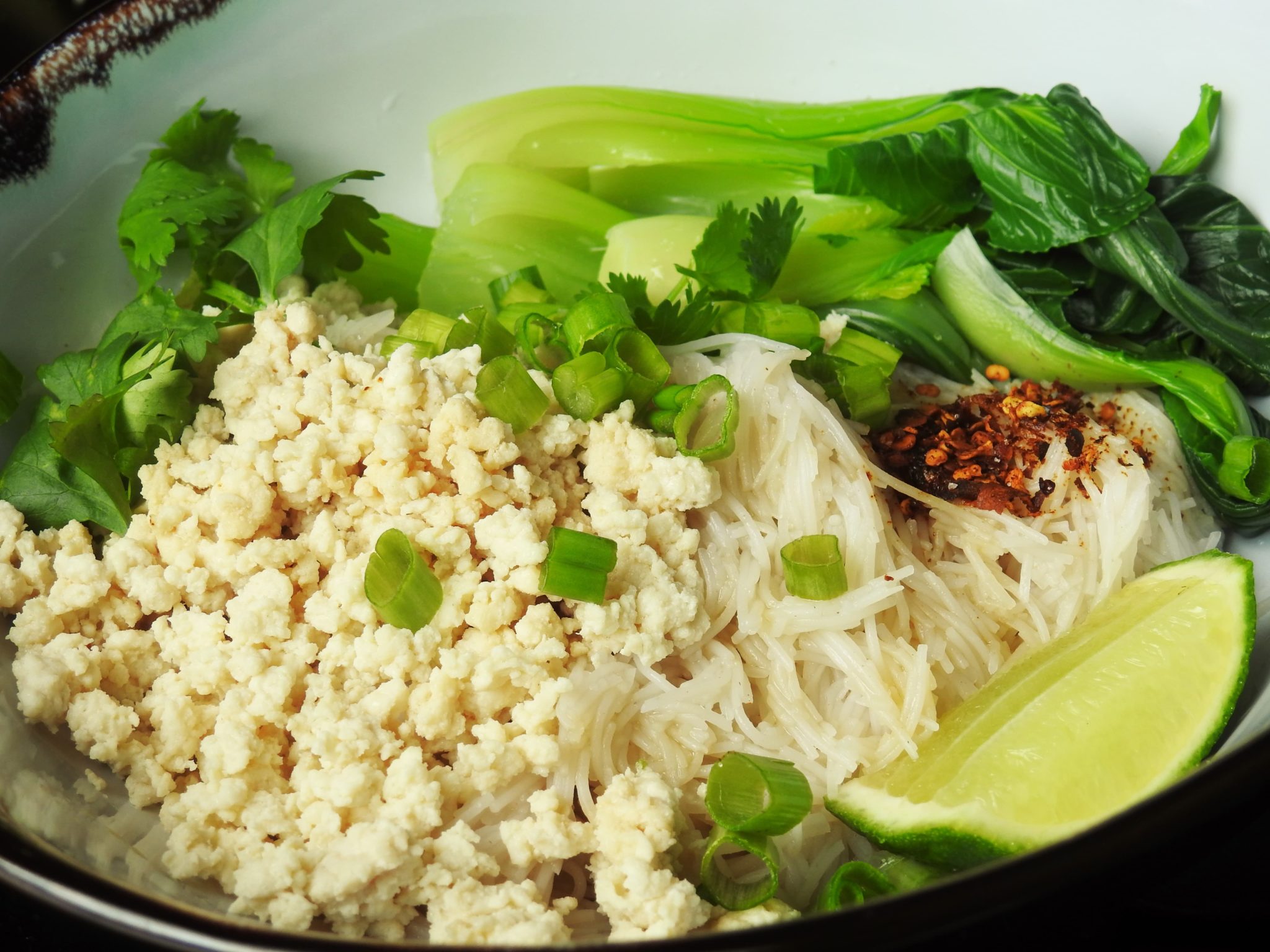 There are so many Thai noodles dishes that I could write about them all day long.   Today, I will talk about dried noodles.  Thai dried noodles are almost like the noodles you get in soup but without the soup.  We cook the noodles and meat in a scalding water/broth.  We flavor it with fish sauce, soy sauce, Thai chili powder, sugar, and vinegar or lime. 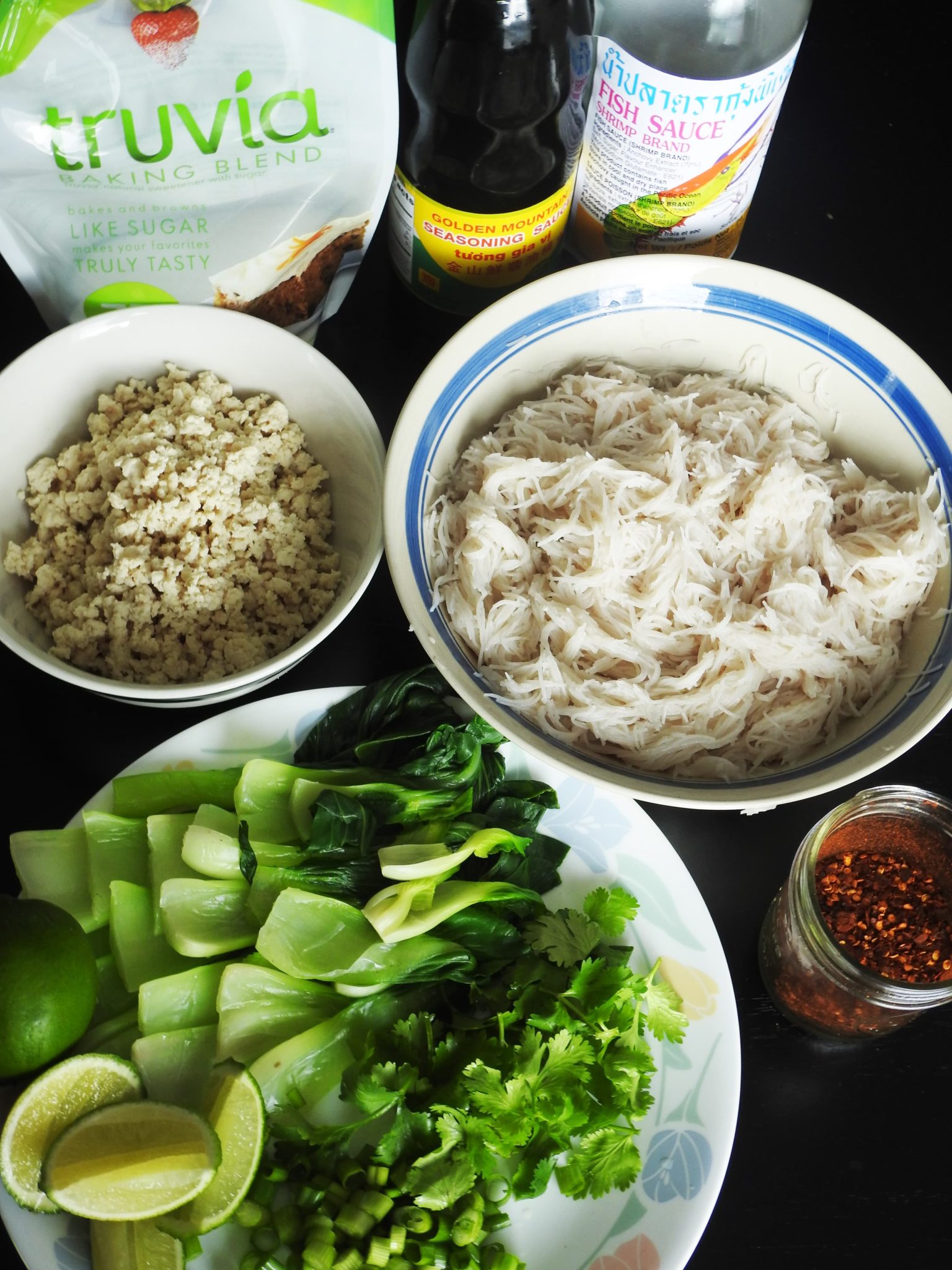 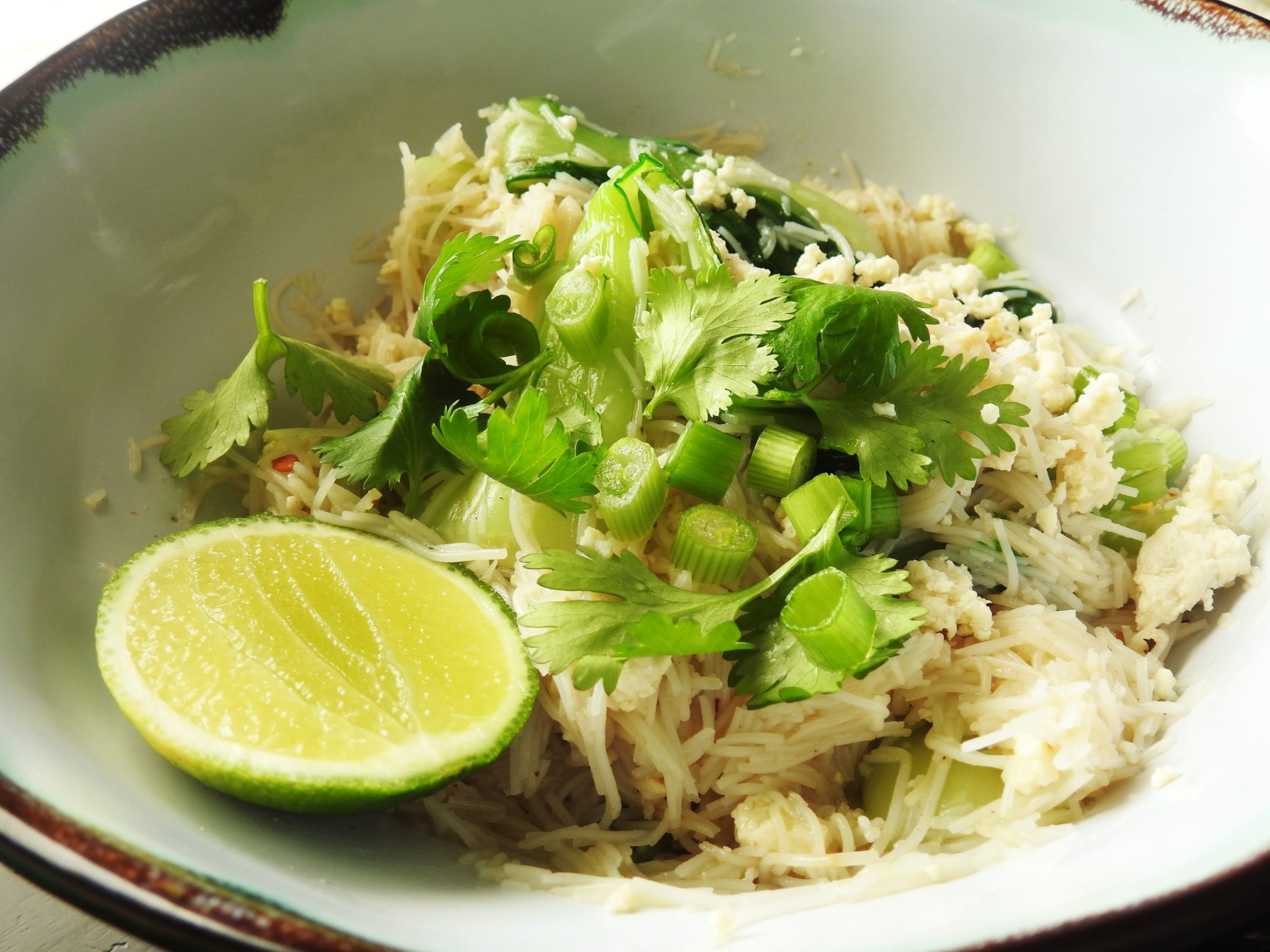 For this recipe, I chose to use brown rice vermicelli because it has better nutrition, fiber, and GI value than regular rice vermicelli.  I cooked chicken in water instead of oil.  I seasoned my Tom Yum Dried Noodles Chicken with Thai chili powder, lime juice, soy sauce, and a bit of Truvia.  Thus my Tom Yum Dried Noodles Chicken has all kind of flavor. 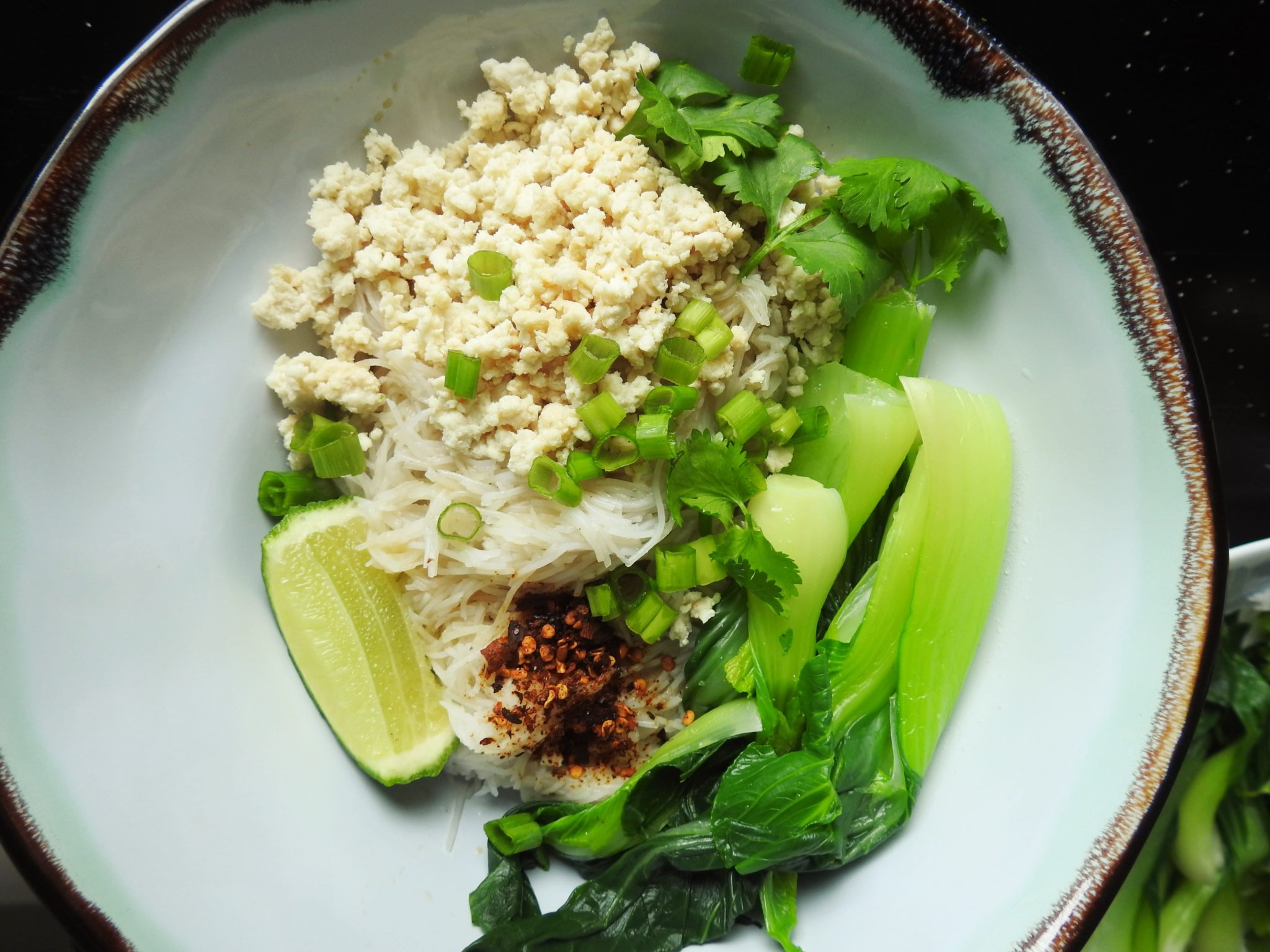