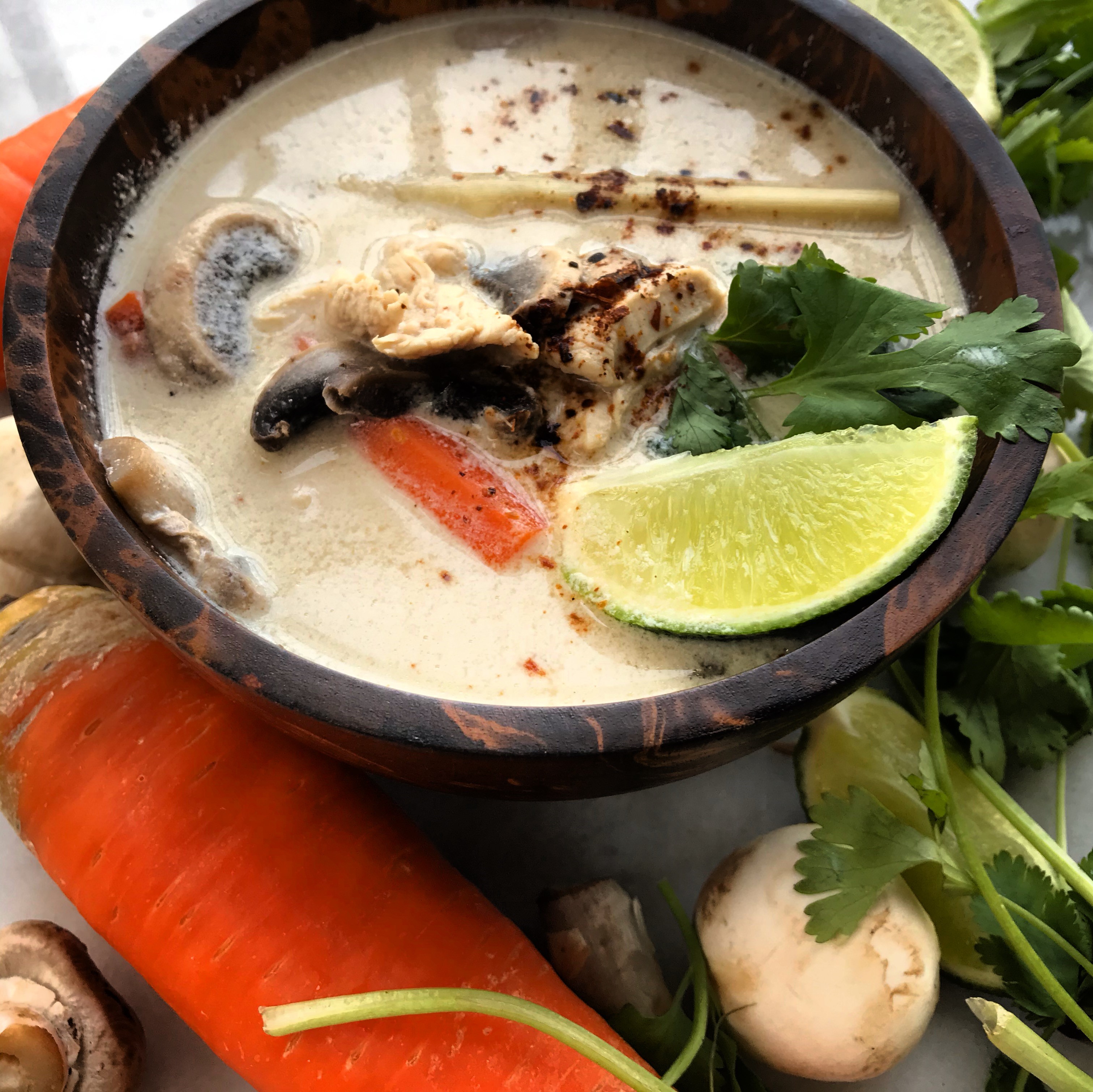 So far, our most requested recipe has been this one. It was also one of my favorites when I was just in the dating stages of meeting my wife and started frequenting Thai restaurants more often. I would never have placed the combination of coconut and red pepper as a good flavor combination but the amount of people who ask for it as their regular says it all.

The recipe in itself is already pretty darn healthy and there are a number of studies that show that people who order soup end up eating less calories overall. Somehow the heat and the soothing qualities fill our satisfaction tank more quickly than food you have to chew. 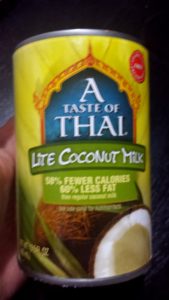 One of the only things we did to make this recipe healthier is that we added a healthier, reduced calorie and saturated fat, coconut milk as the coconut milk rather the traditional milk.

A Taste Of Thai puts out a healthier version that is available in many American style supermarkets in the international or Asian section.  Coconut milk has the disadvantage of having a lot of saturated fat and calories.  Don't get the saturated fat confused with cholesterol as my wife did.  Plant based products never have cholesterol.

Another thing we did to rehab this recipe is that we used unsalted chicken broth.  You will want to use the unsalted version of any broth if you are vegetarian and don't do chicken broth.  Salt is the worst thing about soups.  I often choose salt at restaurants for my budget, besides the benefit of filling up with less calories, and my blood pressure went through the roof.  Most of us need to watch the sodium, the American diet already has way too much.

Finally, instead of the typical sugar used we used stevia for a natural yet calorie free alternative your pancreas and teeth will thank you for later in life. 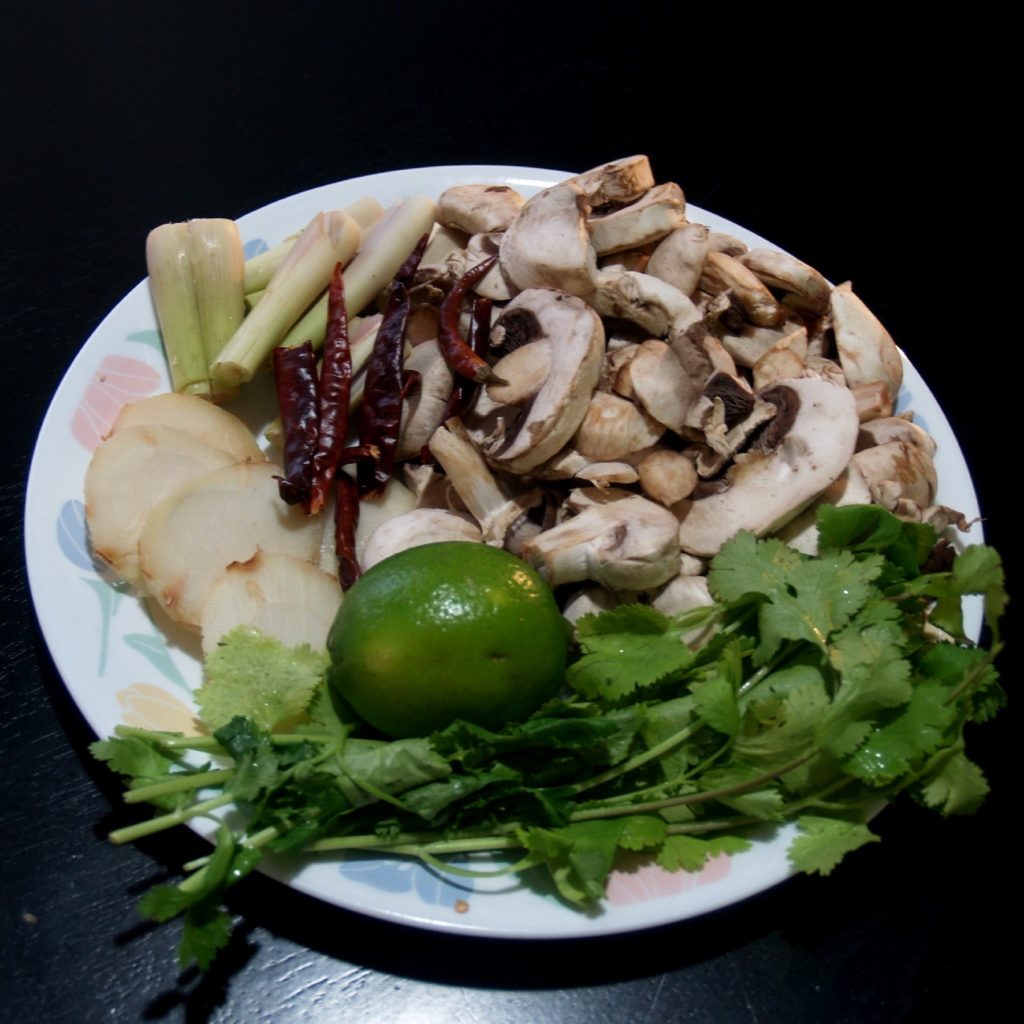 Another mistake not to make that this time I made is to think that the name of the recipe, Tom Kha Gai always means the same dish.  Gai means chicken so you are better off just asking for Tom Kha and the server will ask you what kind of protein or meat you want.