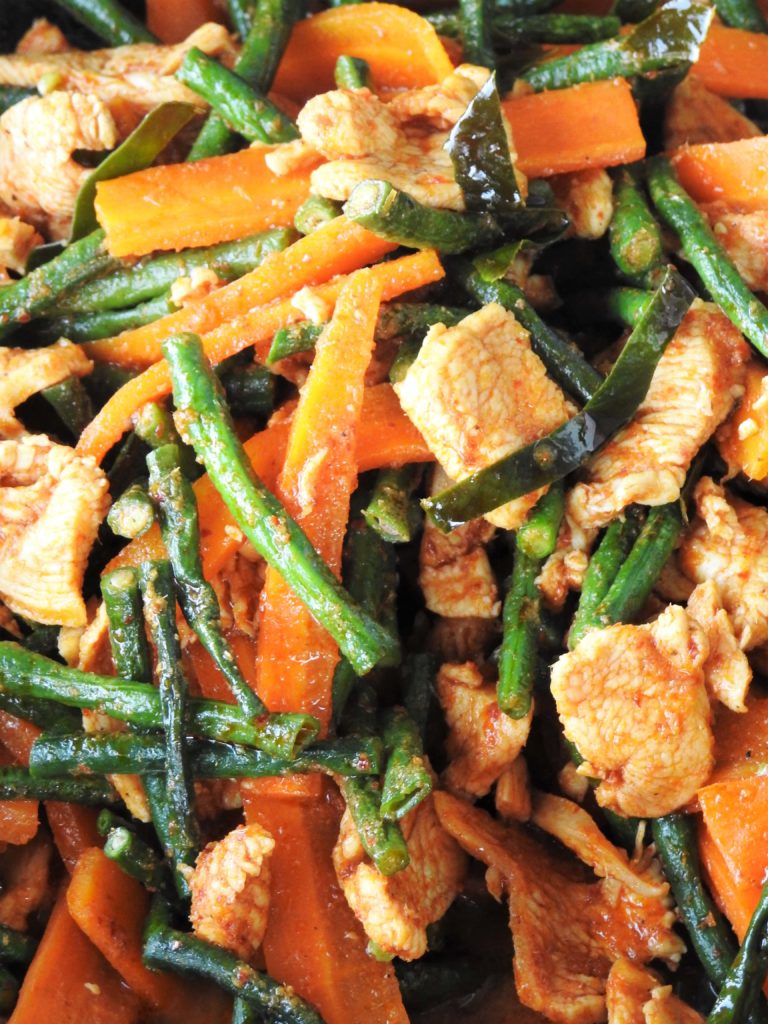 Pad Prik Khing or Pad Prik King is one of the entrees that we can find in most of Thai restaurant.  It's stir-fry green beans with the red chili paste and a choice of meat.  It's a spicy dish, but yet has some sweet tastes in it.  I love to eat my Pad Prik Khing with steamed rice.  The food tastes great, but even better when I pour the sauce over the rice.

It's not too demanding to make a homemade Prik Khing paste.  But I know I could be a little bit overwhelmed because they're more than ten ingredients just for making the paste.  That's why I am so thankful for all kinds curry paste that they sell at grocery stores.  It's made my life much easier. 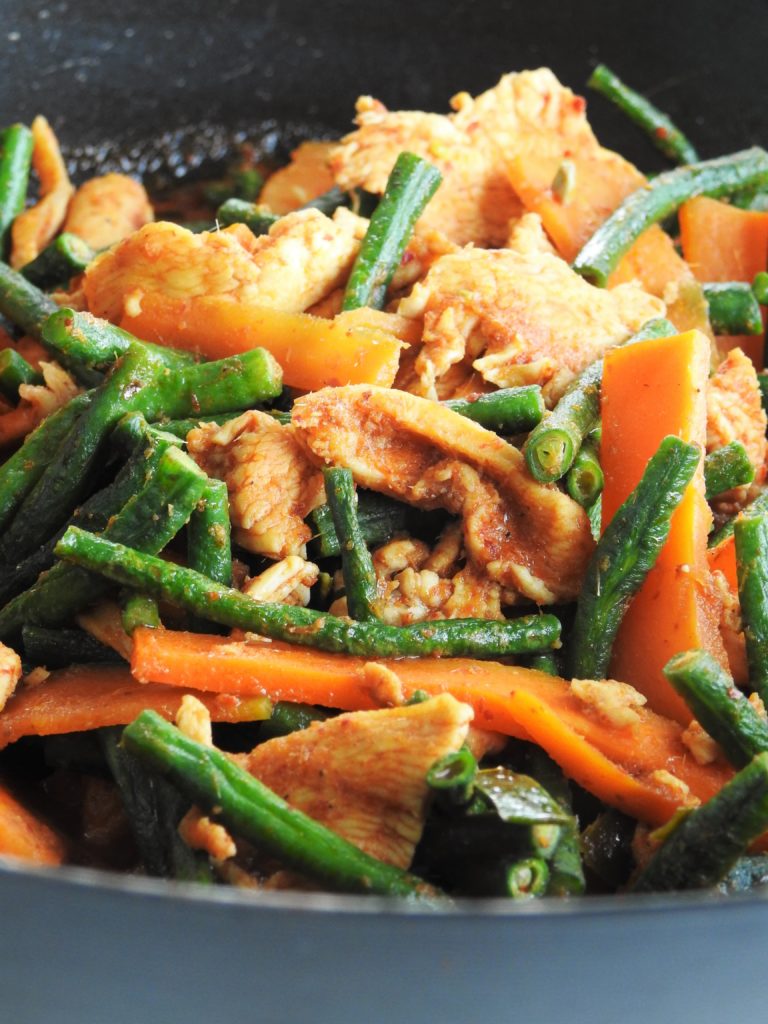 What do we need to make the Pad Prik Khing?

There are only seven things we need to make this excellent recipe.  First of all, we need the Prik Khing paste and green beans or long beans.  (I prefer the long beans;  the texture is more firm than the green beans).  Next is the carrot (or red bell pepper), chicken breast (or pork, beef, shrimp, seafood, tofu), and the condiments like olive oil, stevia, and fish sauce.

The method for the recipe

Heat up the olive oil and Prik Khing paste until you can smell its aroma which takes about 30 seconds.  Next, add sliced chicken breast (your choice of protein) and stir-fry until the meat is cooked.  Then add green beans, carrots, and some of the water.  Stir-fry until the green beans are soft and season the food with stevia and fish sauce, and it's done.

Serve Pad Prik Khing over a bed of whole or long-grain rice and enjoy. 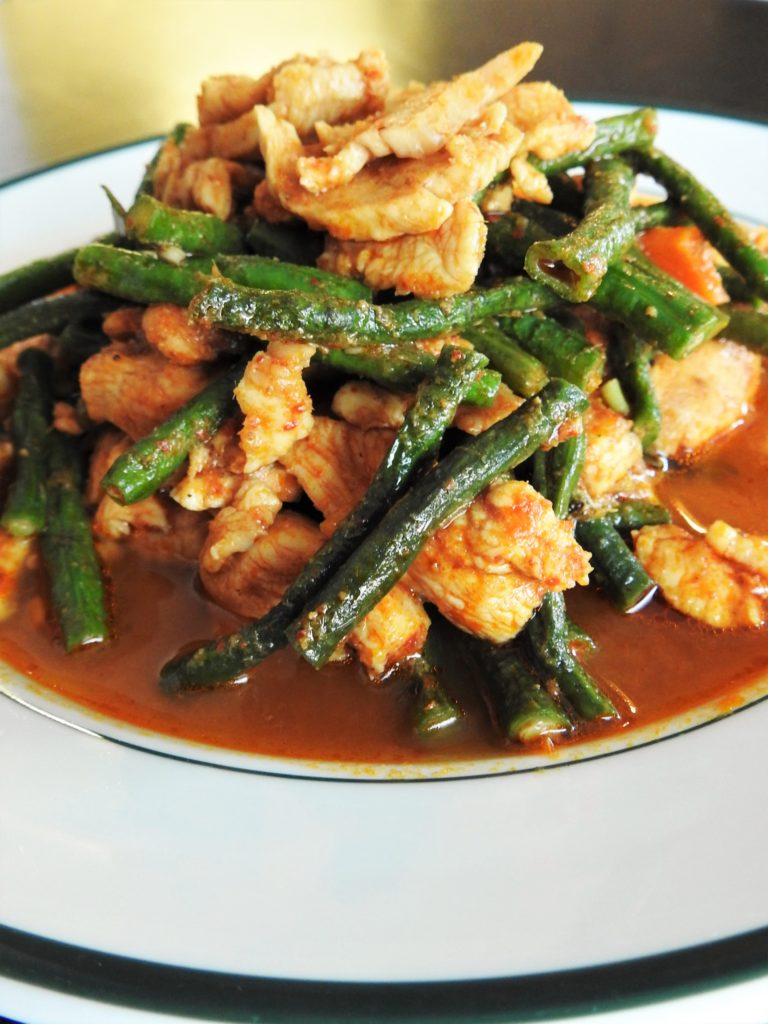 Here's is a printable recipe!